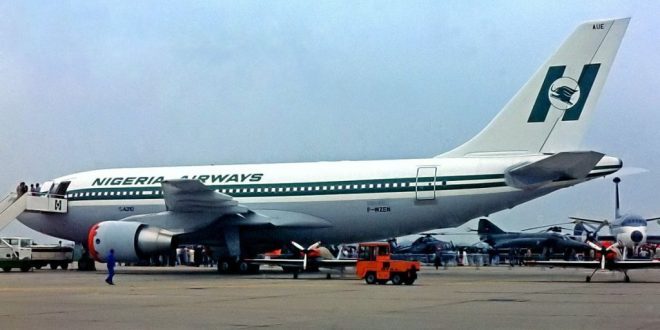 The Federal Government of Nigeria has unveiled the new national carrier, Nigeria Air, which is to be launched at the end of this year. Nigeria has operated for 15 years without its own branded airline.

During the unveiling of the logo of the new national carrier, Minister of State for Aviation, Senator Hadi Sirika, said, “This will be a National Carrier that is private sector-led and driven. It is a business, not a social service. Government will not be involved in running it or deciding who runs it. The investors will have full responsibility for this and the Nigerian Government will not own more than 5% (maximum) of the new National Carrier.”

“We have selected 81 of those routes, 40 for domestic, regional and sub-regional, and of course international routes about 41. This airline, because it is a PPP, the investors put in their money and strategic partners would decide who runs the airline. This airline is a business and not a social service.”

“It is not intended to kill any airline in Nigeria but complement it and promote it. It must be done in a right way so that it will be here to stay. Government will not hold shares beyond 5% at the top most. This airline is having the backing of the government”.

He continued, “We obtained the Certificate of Compliance from the Nigerian Infrastructure Concession Regulatory Commission (ICRC) two weeks ago and can now go into the investor search. I am confident that we will have a well-run national flag carrier, a global player, compliant to international safety standards, one that has the customer at its heart. We hope to establish an airline that communicates the essence of our beautiful country, an airline we can all be proud of. Following extensive market research, the branding of our new airline, Nigeria Air, demonstrates a true flag carrier of our nation, soaring through the skies in the shape of our nation’s eagle.”

“The Nigerian Government will support the launch of the new flag carrier with viability gap funding, in a Public Private Partnership (PPP) arrangement to deliver a national flag carrier, guided by the international ICAO standards, that will stand the IOSA audit from the start, and lead to a fast IATA membership for international operation”, he added.

In attendance of the unveiling were members of the international press, Nigerian dignitaries, stakeholders, aircraft manufacturers, prospective investors and a Nigerian government delegation. Members of the delegation include permanent secretary in the Ministry of Transportation, S. Zakari; chairman, Senate committee on Aviation, Senator Adamu Aliero and chairperson, House committee, Hon Nkeiruka Onyejeocha.