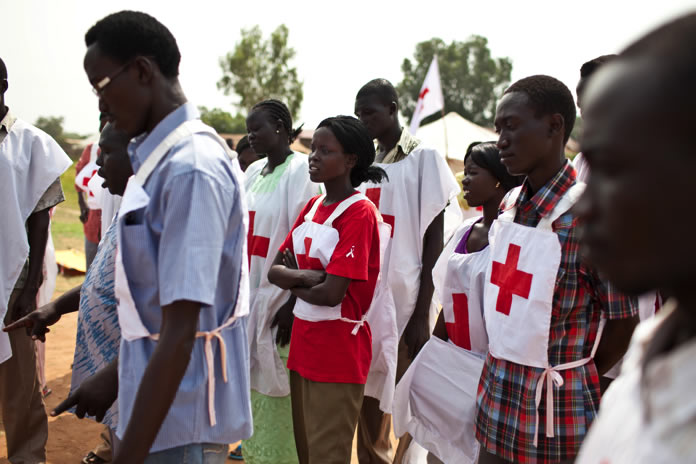 The Nigeria Red Cross Society (NRC) is set to host a weeklong International Youth Camp (IYC) aimed to tackle the menace of drug abuse, especially among the youth. Vice-Chairman of the society, Lagos branch, Mrs. Adebola Kolawole, stated that the camp is a yearly event aimed at promoting youths’ emotional, social, cognitive and behavioral development.

Mrs. Adebola stated that the camp with the theme, ‘Awakening Humanity in Youth and Fostering Generational Z Leaders’, would hold from August 26 to September 2nd, 2018 at the Resettlement Camp, Igando, in Ikotun-Igando Local Council Development Area (LCDA) Lagos State.

She mentioned that one of the major issues that will dominate discussions at the event is tackling drug abuse, especially among the youth. “In Lagos, drug abuse is something everybody is campaigning against, and we are working with the Lagos State Kick Against Drug Abuse (LASKADA).”

On the activities to expect, the vice-chairman mebntioned there would be a lot of arts and culture on display. “The IYC has been tagged ‘Eko Re’, meaning ‘this is Lagos.” Acting Chairman, National Organizing Committee (NOC) of the camp, Mr. Nwapa Nwapa, stated the IYC was one of the Red Cross’ activities to appreciate its volunteers. About 1,000 youths were being expected from different countries in the world. “We want to encourage our volunteers to do more. We want to awaken the humanity in them so they can do more than they are presently doing.”

Mr. Olakunle Lasisi, Lagos Branch Secretary of NRC, commended the state’s Ministry of Youths and Social Development for their contributions toward ensuring the success of the event.

Why Business Systems are the Cure To Entrepreneur Overwhelm

How Strategic Guest Posting Can Amplify Your Link Building Efforts