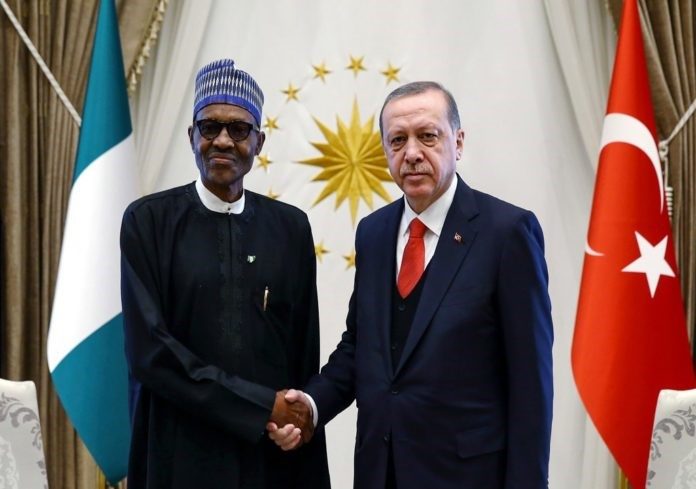 Nigerian President Muhammadu Buhari and his Turkish counterpart, Recep Tayyip Erdogan, have signed several bilateral agreements that will see its volume of trade increase to over the U.S.$1 billion in a major push to ramp up commercial and economic cooperation between the two countries.

Erdogan was in Abuja on a two-day visit, which was the last leg of his Africa tour that also took him to Angola and Togo.

Buhari told a joint press conference that he and the Turkish leader held “useful discussions on several bilateral issues, aimed at strengthening this cordial relationship between Nigeria and Turkey.” Buhari also praised Erdogan for opening his country’s borders to accommodate millions of refugees in dire need of humanitarian support. The president said his Turkish counterpart had set an example to the rest of the world on how to treat refugees.

In his remarks, President Erdogan stressed that Turkey is determined to improve relations with Nigeria to “higher levels on all fields”. The Turkish leader also expressed the readiness of his country to partner with Nigeria in tackling its security challenges.