Nigerian troops have been fighting with the Boko Haram militant group over control of a north-eastern town, the army said on Wednesday.

The army had made a push to take Mallam Fatori, a remote town near Lake Chad, when Boko Haram moved in reinforcements, army spokesman Sani Usman said in a statement.

“The troops killed several of the Boko Haram terrorists in the resulting encounter and subsequently had to withdraw to a vantage position,” he said. No more details were immediately available. “The operation is continuing.” 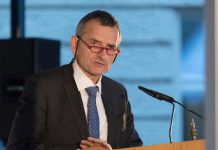 U.N. Starts Talks In Sudan To Resolve The Post-Coup Crisis