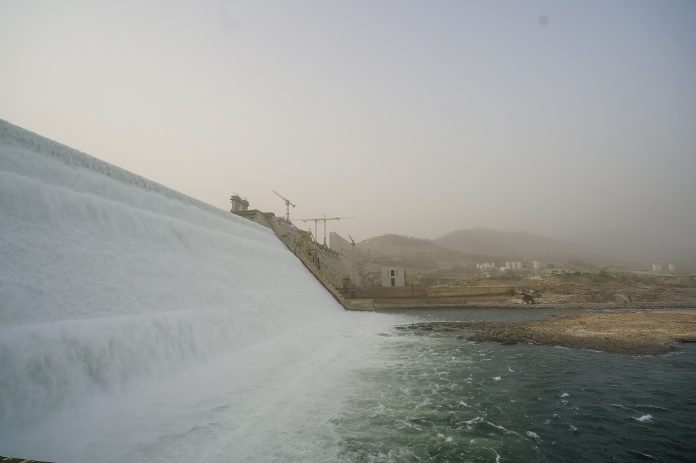 The UAE believes a successful conclusion to negotiations over a hydroelectric dam Ethiopia is building on the Nile is “within reach”, according to a statement posted on the website of the Permanent Mission of the UAE to the UN.

The project – known as the Grand Ethiopian Renaissance Dam – has led to a stand-off between Egypt, Ethiopia and Sudan.

The UAE said this should be tackled in the spirit of “African solutions to African challenges”.

Egypt and Sudan have complained that Ethiopia has acted unilaterally and started to fill the reservoir behind the dam on the Blue Nile.

Egypt has expressed concerns that a quick filling of the reservoir will reduce its share of Nile waters, which the country depends on for its water supply.

Both Egypt and Sudan want a guarantee that they will receive a certain amount of water from the Nile.

Ethiopia has said the project is vital to generate electricity for millions of people.
The reservoir fills naturally during the rainy summer season.

The UAE said achieving an agreement on the dam presented an opportunity to “enhance and accelerate regional integration”.

The UAE “underscores the essential role of the African Union (AU), welcomes the commitment of the three countries to the AU-led negotiations, and encourages them to continue negotiating in good faith”, the mission said.

“Taking into account the progress already achieved through different initiatives undertaken in support of the AU-led process, the UAE believes the 2015 Declaration of Principles on the Gerd remains a foundational reference point.

“The UAE supports the objectives of the parties to agree and resolve their differences to maximise the benefits to them and their peoples.”

The UAE holds a seat on the 15-member UN Security Council. The country assumed its role on January 1 after being elected by the General Assembly as one of five new members to serve on the council in 2022 and 2023.