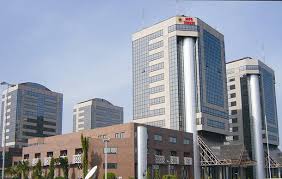 Nigerian National Petroleum Corporation says it will establish two condensate refineries with a total refining capacity of 200,000 barrels per day. Mr Ndu Ughamadu, NNPC spokesman made this disclosure in a statement in Abuja on Tuesday 28 August, 2018.

Mr. Ughamadu said the refineries would be located at the Western Forcados Area and Assah North Ohaji South ANOH) Areas of Delta and Imo State respectively. Natural gas condensate is a low-density mixture of hydrocarbon liquids present as gaseous components in the raw natural gas produced from natural gas fields.

The establishment of the green refineries was part of the strategies to eliminate importation of petroleum products and guarantee energy security for the country. It will also increase gas supply to power plants in parts of the country.
He added that the condensate refineries which would operate along the NLNG model, would increase the nation’s revenue base, provide jobs for the people and save for the country a lot of foreign exchange.

The strategic initiative would increase the energy security for the nation and grow the NNPC refining capacity from 445,000 barrels per day to 645,000 barrels per day. “The condensate refineries are going to be fully on commercial basis and we intend to get partners that would invest. “We are willing to get partners and operate in a similar manner with NLNG model, where we could just get a majority share but not a controlling share.”

NNPC Group Managing Director noted that the model would allow the private sector to have the confidence to drive the plants and ensure that the bureaucracy of government business was removed. “When the implementation of the Petroleum Industry Governance Bill (PIGB) becomes fully operational, the National Petroleum Company (NPC) would be steady as it would be governed by the Companies and Allied Matters Act (CAMA).”