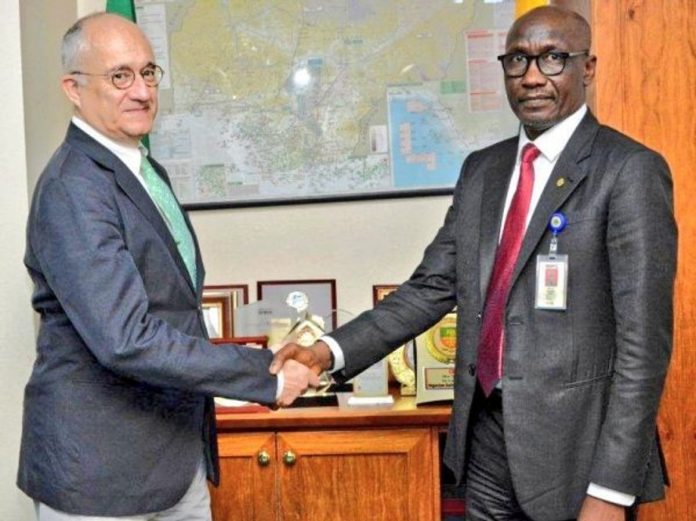 The Nigerian National Petroleum Corporation (NNPC) has expressed its desire to extend Nigeria’s trade relations with Turkey beyond crude oil.

The Group Managing Director of NNPC, Mallam Mele Kyari, disclosed this during a courtesy visit by the Ambassador of the Republic of Turkey to Nigeria, His Excellency Melih Uluren, at the NNPC Towers, Abuja, today. A press release by the corporation’s spokesman, Mr. Ndu Ughamadu, stated that the Turkish national oil company has trade relations with NNPC.

The GMD promised to build on the existing trade relations with Turkish Petroleum, adding: “We are looking forward to greater cooperation between NNPC and Turkish Petroleum such that we find business in other areas like infrastructure development that both countries will be interested in promoting to the benefit of both countries”.

Speaking earlier, the Ambassador of Turkey to Nigeria, His Excellency Melih Uluren, said his country was eager to deepen economic ties with Nigeria.

He congratulated Mele Kyari on his appointment as NNPC GMD, stressing that his choice for the position was well thought-out as his reputation as an astute leader was well known in the diplomatic community.