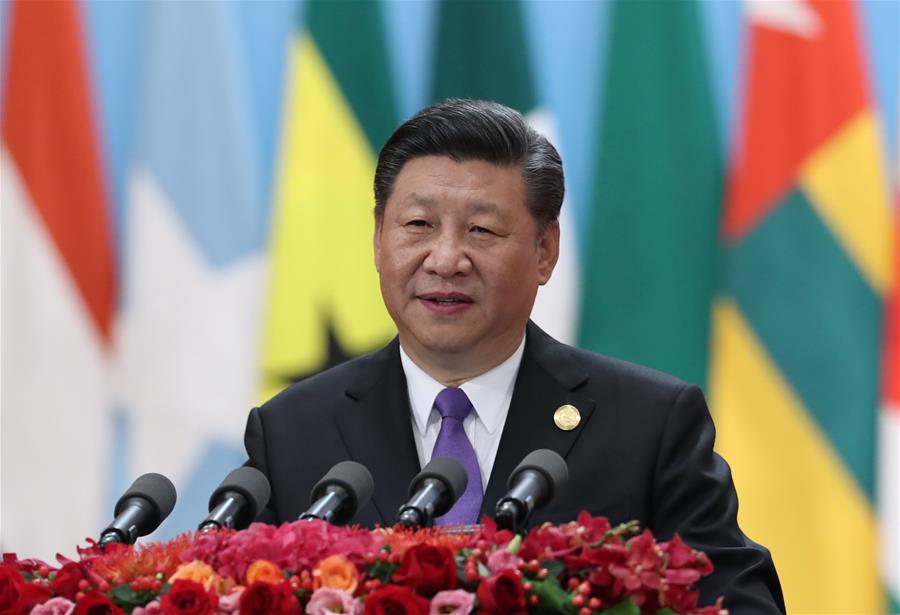 With the opening of the Beijing Summit of the Forum on China-Africa Cooperation, Africa is once again under the spotlight.  As many people hold a prejudiced view toward cooperation and investment between China and Africa, saying it’s a ‘losing businesses for the Chinese.  It’s time to clarify the misunderstandings about Africa and justify the status quo of China-Africa cooperation.

Talking about Africa, many tend to have stereotypical images like poverty, backwardness and disease. Due to historical reasons, Africa is a continent with the largest number of developing countries and a striking imbalance between different regions.  The average income per person in some countries is relatively low while other countries are relatively prosperous.

As one of the top three economies in Africa, Nigeria is the continent’s largest oil producer and the sixth-largest oil exporter in the world. South Africa, as a mid-level income country, leads the world in gold and diamond exports, plus many other minerals. Egypt, as one of the four major ancient civilizations, takes the lead in technology, tourism, agriculture, industry and service sectors.

When compared with other developed nations, most African countries still have a long way to go. However, the economic growth rate on the continent is one of the best globally. Simply saying Africa is poor is a misconception regarding its development and could have a negative influence on others who are unwilling to discover its vast potential

China not ‘dropping money’ to Africa

For decades, China has assisted Africa by building thousands of miles of railways, roads and numerous bridges as well as schools, hospitals, libraries, and stadiums. While Western media has portrayed such support as a form of neocolonialism, the iron facts prove the accusations are groundless.

Chinese leaders have reiterated that the country will not follow the colonial ways of the past and that Africa’s development will not be at the cost of the environment or long-term interests.

The infrastructure projects that China assisted on with Africa have been controversial as some have even said that China’s assistance is “a losing business.” In fact, what China has done is neither a business secret nor random acts of “dropping money.” The country is seeking a new pattern for South-South cooperation across the globe.

Despite the gap in income created by the acceleration of globalization, China and the African countries they work with have built an example of inclusive cooperation in which both sides will never be left behind.

Sino-Africa cooperation is not a form of one-way aid. A small proportion and cooperation in investment make up the majority. By enhancing investment cooperation, China can help Africa speed up the process of industrialization, helping more Chinese equipment and products enter the African market.

China not only wins friendship and does the right thing by helping Africa, but also creates substantial benefits for itself. Though there are no political strings attached to the projects between China and Africa, many African countries still use their actions to return the favour.

The cooperation between China and Africa is inclined to be mutually beneficial. China offers development loans to resource-rich nations, like Angola, and helps Angola connect ports and railways to the Democratic Republic of Congo, which helps with the export of oil, copper, gold and other commodities.

China gets on the priority list when purchasing mineral resources from Angola. As for Ethiopia, more than 80 per cent of the country’s infrastructure projects is contracted to Chinese enterprises.

With major infrastructure projects complete or under construction, the continent has developed a stronger capacity to pursue a green and prosperous future. More jobs are available, and a better quality of life is on the horizon as poverty will continue to decline.

In 1971, Africans and representatives from other developing countries helped China take its legitimate seat as the People’s Republic of China at the United Nations. In 2008, after the Wenchuan earthquake, African countries generously offered support by donating money and sending relief supplies.

Smaller countries with a population under 2 million donated a few million euros to China, 1 euro per person. More than half of the countries that supported China’s stance in upholding the sovereignty of the South China Sea are from Africa.

The brotherhood between China and African countries is not a matter of money that can be solely evaluated on a material basis. We should often reflect on the past and while at the same time look forward to the future of China-Africa cooperation.

Both sides have joined hands to develop a more inclusive path that can lead to win-win results which will help other developing nations participate in the global industrial chain so they too can have a bumper harvest.