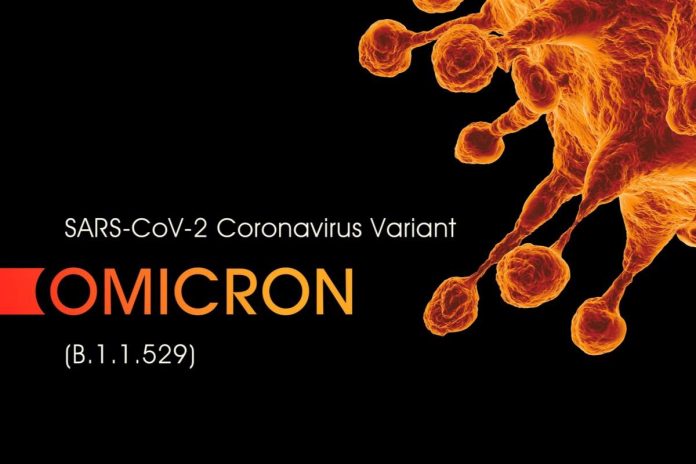 Race-based segregation was implemented across Africa during the colonial era to keep “white” administrators separate from Africans who were thought to be “carriers” of diseases like plague, smallpox, syphilis, sleeping sickness, TB, malaria, and cholera. Travel restrictions are the “new” form of these policies, and they have been applied against Africans frequently. Despite the lack of a public health rationale, when the AIDS epidemic broke out 40 years ago, people with HIV were subjected to travel and residency restrictions. Deportations, denial of entry into countries, job loss, denial of shelter, and increased stigma and prejudice due to these limitations disproportionately impacted Africans.

On November 26, the World Health Organization (WHO) designated a new coronavirus variant B.1.1.529, a variant of concern and named it Omicron. Researchers in South Africa had brought the variant to the world’s attention the day before, citing data from the Network for Genomics Surveillance, which had discovered a novel virus lineage in samples from Gauteng province in mid-November.

Instead of appreciating South African scientists’ excellent work, praising its government’s transparency, and devising constructive responses to this new possible threat, the European Union, the United States, and the United Kingdom led the globe in imposing blanket travel bans on African countries.

The bans are akin to punishing South Africa and Africa at large for their advanced genomic sequencing and the ability to detect new variants quicker. Perceptions of Africa as a “source of disease” have also fueled efforts in the West, particularly in the media, to “blame” the Omicron variation on South Africa before enough proof of its origin was known. When new variants were identified elsewhere, the reactions were radically different.

The rush to punish Africa gives the impression that the continent has become the epicentre of COVID-19. Contradictions in this notion, such as incidences of the variation being detected in people in Europe who had not travelled to South Africa, have had no effect on the campaign. This not only diverts attention away from Western public health failings and rising infection rates, but it also obscures African health authorities and local health systems’ efforts to restrict the virus’s spread. It has been duped by the western media the “virus from Africa” when COVID-19 was not tagged the Chinese virus from the onset. Africa is paying a price China the originator of the virus itself did not pay.

Furthermore, these rash decisions were made when there was still a lack of knowledge about the Omicron variant’s transmissibility and severity, as well as its origins. They don’t reflect smart public health policy; rather, they reflect long-held prejudices that continue to deny African people the right to travel and healthcare. The origins of these sweeping travel prohibitions, which the WHO claims will not stop Omicron from spreading, may be traced back to colonial periods and reflect distorted conceptions of Africa and Africans.

The appearance of the Omicron strain has given us a glimpse of what would have happened had COVID-19 been discovered in Africa in early 2020; the world might have sealed Africa up. There would have been no emergency funding for vaccine development, global attention would have been limited, and Africa would have been known as the continent of Covid.

We may never know where Omicron came from, but there is now evidence circulating in the Netherlands before it was discovered in South Africa. The world has responded promptly to this new threat because of African scientists’ superior degree of pandemic preparedness.

It doesn’t have to be this way. African countries that have successfully combated Ebola, HIV/AIDS, and polio for decades are now leveraging their technology and know-how to monitor the virus. Instead of being asked to help track its spread, Africa has been punished with exclusion and red-listing.

Instead of condemning the African continent, why don’t the world do more to ensure that everyone in Africa is vaccinated? Why don’t Western governments take into consideration the absurdly high percentage of vaccine scepticism in nations like Germany and transfer that proportion of the precious vials to countries in the Global South rather than throwing them away?

The ideal of open and transparent sharing of data to save lives has been turned into a mindless geopolitical game to shame those who seek to save the world.

The international community is losing the opportunity to use South Africa’s sequencing of the virus to encourage greater international cooperation and pooling of scientific expertise to expeditiously create scientific pathways to combat the latest mutation of Covid-19.

In the latest episode of the COVID-19 drama, Africa is once again being used as a convenient scapegoat. It is time for African political leaders to rise to the occasion and push back; African lives are on the line. At this once-in-a-hundred-year juncture, we must be the masters and mistresses of our destiny and take a stand for equity. When there is so much at stake and so much to contribute, Africa cannot remain on the sidelines of history.

Global vaccines and travel apartheid against Africa, as observed by the President of the African Development Bank, are risking lives, jobs, and livelihoods thanks to a pandemic that Africa did not cause.

It is erroneous to blame Africa for the New COVID variant. A global pandemic necessitates a global response. Instead of pointing fingers, there should be more unity.

Excellent science should be praised rather than punished. Africa must be treated with respect and dignity.