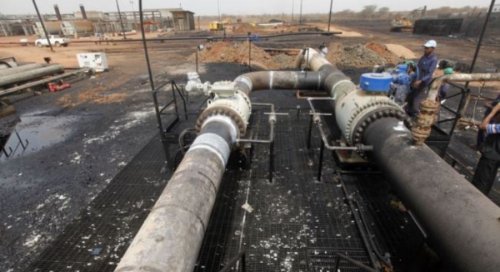 Sudan’s Minister of Oil and Gas, Azhari Abdel-Gadir, on Friday, said South Sudan’s Unity oilfield would resume production at the end of December.

On Friday, Abdel-Gadir and his South Sudanese counterpart Ezekiel Gatkuoth visited Toma South and Unity oilfields accompanied by the chief-spies of both countries.

In press statements after the visit, Abdel-Gadir pointed out that one million barrels of South Sudan crude oil has been pumped through the Sudanese pipeline and are now ready for export in Port Sudan.

He renewed commitment to exert every possible effort and provide technical support for South Sudan until resuming oil production at all oilfields.

The Sudanese minister added that an agreement has been signed in Juba between the two countries allowing for providing training to South Sudanese technicians on the various stages of oil industry.

For his part, South Sudan’s Oil Minister stressed that Unity oilfield would resume production next month, praising Sudan’s efforts to restore oil production in his country.

Last July, Khartoum and Juba agreed to repair the damaged oil wells and to resume oil production in several oil fields stopped since several years due to the nearly -five-year armed conflict in the country.

South Sudanese Oil Minister Ezekiel Lol Gatkuoth on 31 July 2018 told reporters in Khartoum that oil production will resume on 2 September with 45,000 bpd from El Toor and Toma South fields. After what will restart the production of other oil fields in Munga and Unity.

South Sudan heavily relies on oil income to fund up to 98% of its budget. Also, it relies on the Sudanese pipeline to export its oil production through the Red Sea.

In return, the transit and processing fees South Sudan pays to Sudan to transport its crude oil constitute an important revenue stream for Sudan.

South Sudan became the world’s newest nation after declaring independence from Sudan in 2011.

However, in 2013 the country was plunged into civil war killing tens of thousands of people and displacing millions.