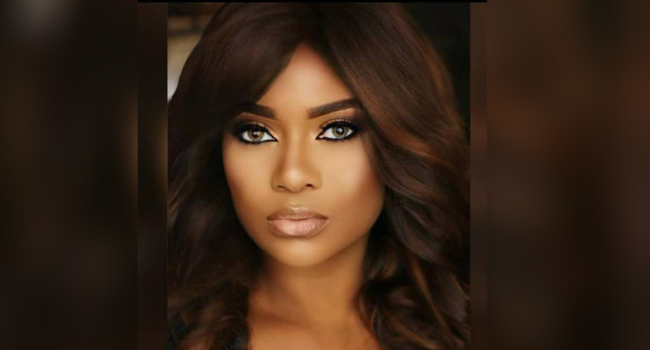 Since the recent war in Europe and the attack on Ukraine by its neighbouring country Russia on the 24th of February 2022, the international community is yet again concerned with the barbaric behaviour being displayed by the western world.

The minority group of Africans and people of African descent have been confronted with an onslaught of racial discrimination because of the rich hue of their complexion caused by the bountiful amounts of God-given melanin (also known as liquid gold) that they are naturally born with.

It is disturbing what the richly hued have had to endure in the midst of the ongoing slaughter of innocent lives and raping of women on the grey continent of Europe under the terrifying rule, some may say dictatorship, by one who is considered by most Americans as Europe’s most terrible and terrifying tyrant Presidents.

However, it is to the world’s advantage that the invasion of Ukraine and the atrocities committed by several European countries have exposed the systematic racism that still exists in the West. And we are presented with another opportunity to attempt to tackle this inhumane act of what is actually more accurately termed ethnically-prejudiced European terrorism.

Threatening the lives of children, mothers carrying babies and any persons of the human race with violence, is by definition terrorism. And it is imperative that the world starts using terms that properly describe the actions of oppressors and we stop using made-up words that attempt to draw us away from the vile truth of what “racism” actually is. It is terrorism, not racism.

It has come to the world’s attention that the brave, technologically advanced, (mostly), young university students, (many medical and engineering students), who eventually made it out of the war-torn European country, have now been illegally detained by EU border authorities without reason at all, without due process or proper procedure.

These bright and incredibly vulnerable kids that ought to have been protected by the EU authorities have been forcibly placed in overcrowded and unsanitary detainment centres for weeks on end in some cases. Some of the kids described the horrific ordeal as the feeling of being kidnapped. They were taken, forced to sign papers that they could not read, offered little to no explanation, placed in detention camps and were not allowed phone calls or any legal advice.

It is rather disappointing that Europe has been unable to graciously welcome ALL displaced by the war as directed by the EU Protection Directive dated March 4, 2022, which clearly states that third-country nationals studying or working in Ukraine should be admitted to the EU temporarily on humanitarian grounds.

The EU Directive states that it also applies to nationals of third countries other than Ukraine, residing legally in Ukraine. However, it seems Europe has decided that the equal application of the rule of law, as well as the respect for human rights of all citizens, which is essential for a healthy democracy, should be dispensed with.

4.5 million people fled Ukraine because of war and university students, women, children, and decent families meet the type of struggle that they met to get to the borders while watching how their fellow human beings arrived with relative ease in comparison to their experience heartbreaking.

The double standard and blatant racial injustice/act of terrorism is loud and reeks of folly. To be carted away like criminals while watching their white refugee counterparts being received by large welcome parties furnished with song, violins, pianos, music, flowers, food and clothes than being immediately processed and relocated is evil.

CARC along with other international human rights organisations appeal to the global community to get involved and bring an end to this form of offensive aggression, steeped in a lack of education and pathological delusion that is constantly being displayed by the West.

Polish border police themselves confirmed that 52 third-country nationals who fled the war are currently being held in detention facilities in Poland. Children from Cameroon and Nigeria were identified in one camp by Democracy Now. We also know that four students are being held in a long-term holding “facility” in Lesznowola, a rural village 40 km from the Polish capital Warsaw, with little communication with the outside world and no legal advice.

It has also come to the attention of the Coalition that The International Organisation for Migration (IOM) said they were aware of at least four facilities in Poland where people, who were not Ukrainian, but who had also fled the Russian invasion were being detained.

The Coalition Against Race and Conflict, (CARC), is an alliance of prominent human rights lawyers and members of civil society from all around the world and they have in addition to filing an urgent appeal before the United Nations on behalf of African refugees facing racial discrimination in Ukraine and Poland on the 1st of March 2022, have also lobbied ambassadors, negotiated meetings with the African Union, and connected with our individual governments and federal organisations who have all been dedicated to safeguarding the rights, lives and safety of our citizens.

We continue to encourage the global community, the Nigerian government, the African Union, the United Nations and all well-meaning people of civil society to speak out and condemn the continuation of these dark, primitive and diabolical acts of terrorism against people with a different hue to their complexion.

It is clear and unfortunate that all countries need to resolve the issue of endemic racism or ethnically-prejudiced terrorism rather and bring an end to Africans and people of African descent not only being victims of the war in the West but also not being afforded the same rights as all other citizens and residents in terms of the safety and security of their lives.

And any persons/bodies that participate in any acts that threaten the human rights of any persons, based on how rich the hue of their skin is, are to immediately cease and desist in engaging in these acts of racism/terrorism. The media should also desist and refrain from using comparisons of conflict that perpetuate racism and stereotypes.

This treatment of Africans and people of African descent is reminiscent of a time that the West claimed they would like to forget and civil society is overcome by a strong feeling of revulsion that in the year 2022, in the face of what may be World War III taking place again in Europe, a lot of the West is still unable to comprehend that all people are in actual fact just one race and are equal regardless of how much liquid gold some have been blessed with.