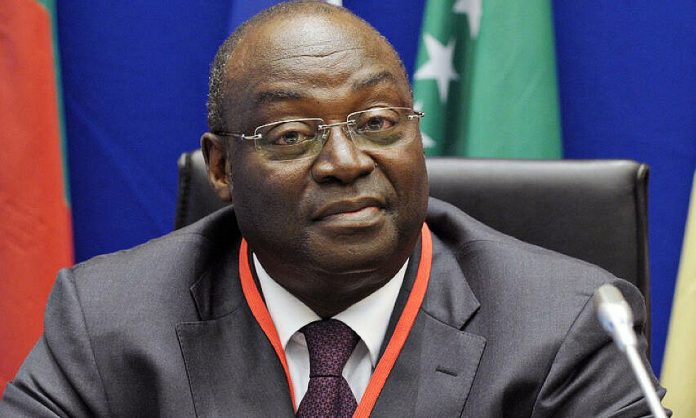 Ivory Coast President, Alassane Ouattara, has named Tiemoko Meyliet Kone, Governor of the West African Central Bank, as his vice president in a possible clue to his succession plans.

The declaration was made during an address to parliament by the 80-year-old leader, days after Prime Minister Patrick Achi and his government resigned. Ouattara has regarded Kone as an “excellent technocrat” and “smart economist”.

Senate President Jeannot Ahoussou-Kouadio informed the joint session of both chambers of parliament on Tuesday that Achi had been reappointed as Prime Minister of Ivory Coast.
Kone’s selection as vice president, which has been empty since 2020, could indicate that Ouattara sees him as a possible successor.

Former Prime Minister Amadou Gon Coulibaly, the president’s hand-picked successor, died unexpectedly in July 2020. Rather than electing someone else, Ouattara ran for re-election in November of that year and won a third term.

Kone has been a dedicated leader of the West African regional central bank BCEAO, which issues and maintains the CFA franc currency used by eight countries, Ouattara told parliament.

“He’s a brilliant economist, a hard-working and competent man, who was involved in the reform of the CFA franc, which was a delicate operation,” he said, noting that Kone had also held high-ranking government jobs in Ivory Coast in the past.

The Ivory Coast is the world’s largest cocoa producer and one of West Africa’s most prosperous countries. Ethnic and regional rivalry persists despite years of relative peace following a brief civil war in 2011.

Following an election the previous year that sparked a crisis when the defeated incumbent, Laurent Gbagbo, refused to submit, Ouattara came to power in 2011.

When Ouattara stood for president again in 2020, opposition parties said he broke the constitution, limiting presidents to two terms. The ratification of a new constitution in 2016 permitted Ouattara to restart his mandate, he claimed.