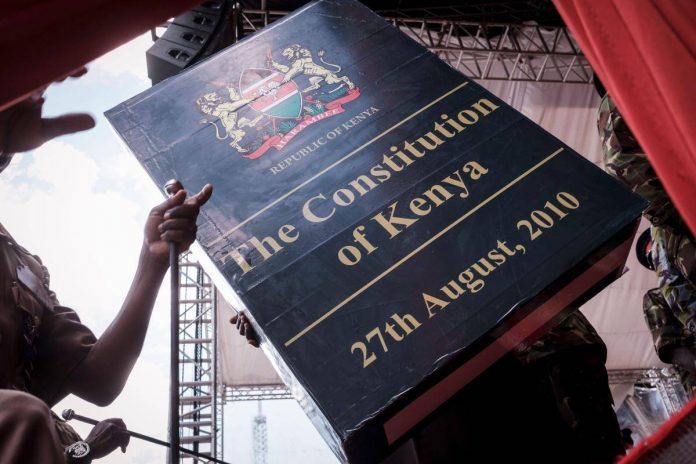 “My name is Rebecca Maroa, currently the County Executive Committee member CEM in charge of water, energy, environment, climate change, and disaster management-Migori County Government. I am vying for the governor position on a UDA ticket.

“The real challenges that I face are gender-based,”…. she laments to African Leadership Magazine.

As her tone suggests, the environment for women leadership has not been conducive for women in Kenya. Too, access to it has been highly problematic, especially at the party level. Even within the party structures themselves, women cannot make their voices heard, and if they do, they will need someone at a very high level to endorse them.

Still, There are a lot of respectability politics that women must juggle. She must be married, and it must be a man of means who is respected in society.

What about a woman who is single or divorced? Women face many challenges when they want to engage in politics. A lot of it is politically structured, but it’s societal as well.

“The Kuria and Luo communities still hold regard in women leadership. Both Communities cling to retrogressive practices such as FGM and wife Inheritance which affect women negatively. (Chauvinism) An aggressive woman is viewed as not being a woman enough. I stand for change that Migori County is yearning for in terms of leadership by a woman,”……. she adds.

These are the many challenges that brought the idea of the 2010 constitution that would enable gender equality. But a Constitution is just a piece of paper if it is not implemented, especially if the letter of the law is not respected.

According to the late Mwai Kibaki’s administration, the said constitution was to call for the devolution of government, with financial and administrative autonomy transferred to 47 County governments. The move was intended to bring the government closer to the people and address the needs of minorities and women.

But 12 years down the line, Kenyan women are still hopeful. Mr Kibaki’s picture-holding Kenyans’ dream document aloft before cheering crowds at Uhuru Park continues to paint in our faces.

This is because this change heralded the birth of the Second Republic. The move overhauled the creaking political system and ushered in sweeping reforms, notably the creation of a devolved governance system of 47 counties.

Still, because of the 2010 constitution, numerous political advancements have occurred in Kenya since its promulgation. The most important influence has to be women’s involvement and representation in political roles.

“Not more than two-thirds of members of the elected House can be of the same gender”, Reads part of article 27(8) of the Kenyan Constitution. Although little progress has been made, women still have a small presence in political participation. At every level, from the home to the highest levels of government, women are still excluded from decision-making.

This has contributed to a low turnout of women’s voter participation compared to men’s involvement. In 2017, the Country’s Independent Electoral and Boundaries Commission (IEBC) reported that 47 per cent of the registered voters were female during the last held elections, while 53 per cent were male.

In these countries, ‘gender quotas’ proved to be a critical and effective way of enhancing women’s participation and representation in the political sphere.

The current number of women in Kenya’s Parliament (86 out of 416) elected and nominated in the National Assembly and Senate is the highest in Kenya’s history. A clear indication that despite the promulgation of the Kenyan Constitution, the country still lags behind the global average of 22 per cent. It also lags behind the desired 33 per cent gender quota to meet the critical threshold needed to make a significant change.

Assessing the possible reasons for the lag, factors such as Kenya’s patriarchal culture, political party politics, gender stereotypes, financial strains, and the lack of political education among women in the country have contributed to it. Therefore Bridging the gender gap, especially in education, is an essential policy in promoting gender equality in political participation.

Political parties must be compelled to implement the gender equity principles enshrined in the national constitution and electoral laws. This constitution should bring about change in women’s identification, selection, and nomination during the electoral process.

While there is a need to take decisive action to eliminate violence during party primaries, the national elections should debunk the stereotyped role of women.

When women are better represented in politics, their voices are heard, and issues that impact them are more likely to be centred in public discourse.