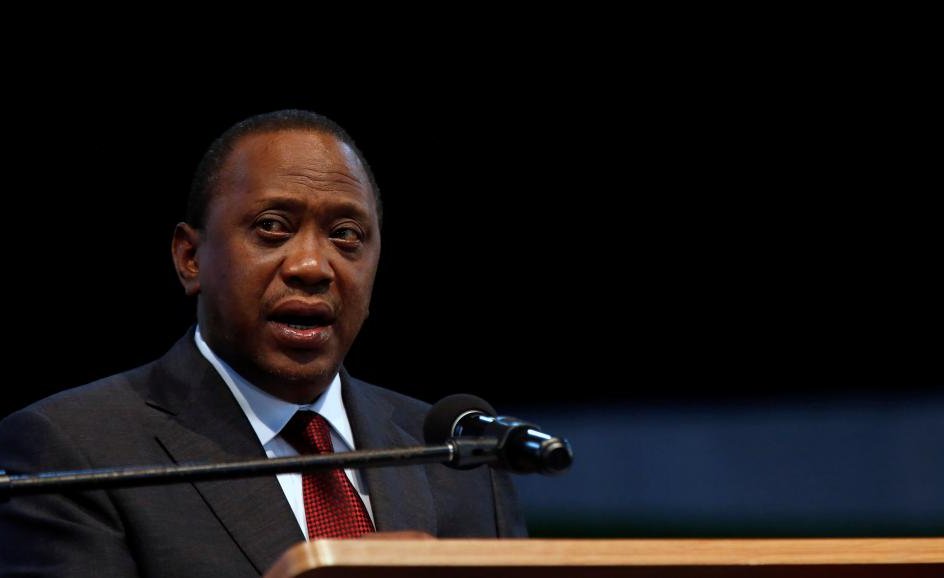 President Uhuru Kenyatta focused his address to the United Nations on Wednesday on the urgency of combating corporate, individual and government corruption in Africa, and throughout the world.

“We have to fight impunity and corruption — seriously and without fear or favour,” he declared in his 25-minute speech.

“In Kenya, we are undertaking an aggressive campaign against fraud and abuse of public trust.”

Noting that Kenya has urged Switzerland and the United Kingdom to take action against transfers or illegal proceeds into their financial systems, Mr Kenyatta pledged, “We will pursue more such bilateral agreements.”

He warned that citizens everywhere are becoming more aware of the scourge of corruption and are demanding action to address this source of social and economic injustice.

“The free press and social media are rife with news of outright fraud, cynical conflicts of interest and financial arrangements that privatise gains during prosperous times then socialise losses during economic catastrophes,” he told an audience of diplomats and international leaders.

“Weak systems of governance are manipulated and exploited for the gain of predatory interests at the expense of the common man,” the President remarked.

Corrupt dealings in the extraction of minerals and other resources “are pillaging Africa and other underdeveloped regions of all their natural wealth”, and “almost routinely lead to violence and instability”, he added.

He cited “conservative estimates” that illicit money outflows from Africa between 1980 and 2009 amounted to between $1.2 trillion and $1.4 trillion.

That sum is “roughly equal to Africa’s current GDP and surpassing by far the money it received from outside over the same period.”

His impassioned speech comes at a time when his administration is facing fierce criticism at home for over-taxation and mismanagement of funds, following a string of corruption scandals involving government officials that have been reported in the media.

Meanwhile, First Lady Margaret Kenyatta met her US counterpart for the second time in two months at the US Mission to the UN in New York, where Mrs Melania Trump hosted the spouses of visiting Heads of State to a grand reception on Wednesday.

During the meeting, the US First Lady confirmed to First Lady Margaret Kenyatta that she will visit Kenya early next month, as well as Ghana, Malawi and Egypt.

“In October, I will embark on my first solo visit to four beautiful and very different countries in Africa,” Mrs Trump told the gathering of her colleagues drawn from across a section of UN member states.

She said she looks forward to promoting the message of her “Be Best” child welfare initiative during the four- country Africa trip.

The US First Lady’s stops in the four African countries will focus on maternal and newborn care in hospitals, education for children, and the role the US plays in helping each country to become self-sufficient.

Other guests at the reception included Ms Karen Pence, wife of US Vice-President Mike Pence.