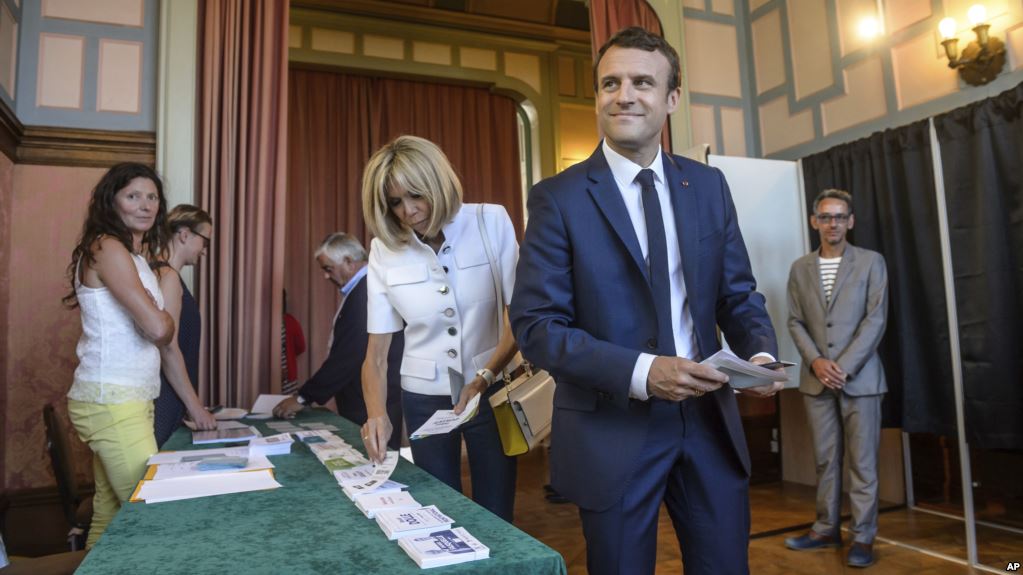 President Emmanuel Macron on Sunday, records victory in the parliamentary election taking 28 percent of the vote.

That result for La République en Marche and its ally MoDem, which had 4 percent of the vote, puts the pair within reach of an overwhelming majority in the National Assembly with more than 400 seats in the 577-seat lower house if their success carries through a final round of voting next week.

Voter turnout was only about 48 percent as a greater percentage didn’t vote this was blamed on voters fatigue from the campaign that got President Macron elected.

Left-wing Voters have said they were making sure macron wins to keep Marine Le Pen out. Although during the presidential election many of them, and those who abstained, promised to vote against the new president in the parliamentary elections. However, it is clear that a large percentage of them changed their minds.

Prime Minister Edouard Philippe said the result is a clear signal that the French support Macron’s plans. “France is back,” he said, noting that the president, in his first month in office, “has embodied trust, willingness, and audacity.”