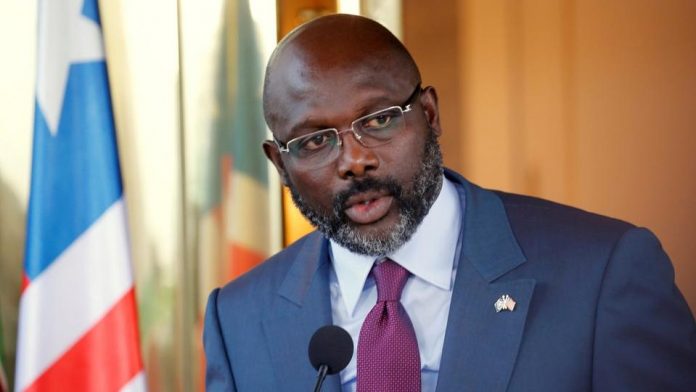 The appointment obviously ends a bitter struggle between GC Commissioners Elizabeth Dorkin and George W. Howe who have been fighting each other for the position of acting GC Officer-in-Charge.

President Weah announced Dr. Weh – Dorliae’s appointment during a symposium held in observance of the 77th birthday anniversary of the late Dr. Sawyer in Monrovia.

The one-day symposium was organized by the family, friends, associates and comrades of the late Dr. Sawyer.

The appointment of Dr. Weh-Dorliae by President Weah was triggered by the nominee’s presentation at the symposium on the topic: Dr. Sawyer and Postwar Governance Reform in

Liberia, Reflections on Dr. Sawyer’s Role at the Governance Commission.

During his presentation, Dr. Weh-Dorliae made a passionate plea to the president to revamp the institution by making proper appointments at the Commission to help ensure that the proper policy and framework are drafted.

He explained that the policy and framework will help put the country on the trajectory of development, peace and unity as the country is gradually going toward the 2023 presidential and legislative elections.

Moreover, Dr. Weh – Dorliae assured President Weah of his readiness to restore sanity at the GC through volunteer means.

Following Dr. Weh – Dorliae’s presentation, President Weah in a brief statement, extolled the nominee for volunteering to help work at the GC.

President Weah remarked that Dr. Weh – Dorliae worked with Dr. Sawyer at the Governance Commission of Liberia and with the passion he had heard from his presentation, he believed the nominee could help.

“Today, we have to look for the best one who will get in the shoe of Dr. Sawyer at the GC,” said President Weah.

“In Life we get some people that volunteer and some that send their CV. But since you Dr. Weh-Dorliae [have] volunteered to make sure that the commission works well within the Sawyer path, I think you deserve to be in the GC and continue [the] work of your mentor

According to President Weah, the appointment will help Dr. Weh-Dorliae to take the GC in the path of Dr. Sawyer where he once worked for a longer period.

He said it will help him walk in the path of Dr. Sawyer as a leader. President Weah further indicated that he believes in the ability of Dr. Weh-Dorliae as a mentor and workmate of Dr. Sawyer.

He said he is sure that Dr. Weh – Dorliae is brave like Dr. Sawyer that’s why he stood up at the symposium and claimed that he will run his (President Weah’s) campaign if he can restore sanity to the GC.

He concluded that Dr. Sawyer created a democratic society for Liberians where they have their rights and choices to make, adding that he is excited that somebody can volunteer.