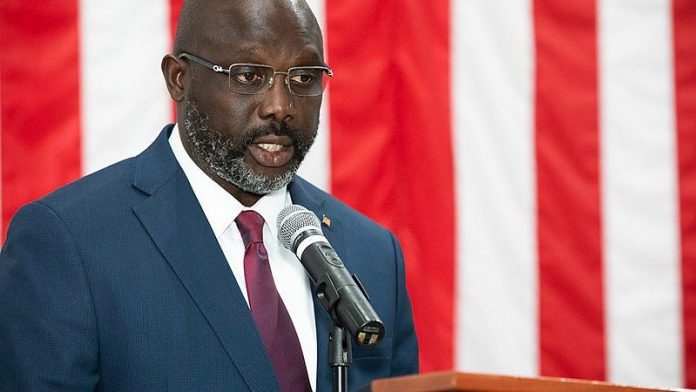 The President of the Republic, H.E. Dr George Manneh Weah, Tuesday, June 21, 2022, met with a high-power delegation of the United Nations High Commission for Refugees (UNHCR) at the Executive Mansion.

The delegation headed by the High Commissioner for Refugees, Filippo Grandi, said they had come to thank President Weah and the Liberian people for the exceptional solidarity demonstrated towards Ivorian Refugees during their country’s darkest days.

On behalf of the team, Mr Grandi said: “Mr President, in a nutshell, I want to say thank you to you and the Liberian people for what you have done for Ivorian Refugees.”

Mr Grandi told President Weah they decided to come to Liberia from Ivory Coast where they had met with President Alhassan Qattara to celebrate what he termed ‘success, not crisis,’ in terms of the unconditional return of Ivorian Refugees back home.

Though there were few Ivorian refugees still in Liberia, the UNHCR boss indicated that a good number of them are back home in line with an agreement reached to end their refugee status.

He said Liberians did exceptionally well in hosting Ivorian Refugees in ways that the refugees felt at home and did not feel rejected.

According to Mr Grandi, it was good he came to Liberia, a country that hosted the huge number of Ivorian Refugees in the West African sub-region, to appreciate the government and people.

Responding to Mr Grandi, the President said the government and people of Liberia were grateful to have impacted the lives of Ivorian Refugees in appreciation of what Ivory Coast and other nations did when Liberians faced a similar nightmare of being in refugee camps.

He said: “We are grateful that we can reciprocate. During our war, everyone came to our aid. We were once refugees, and there is no Liberian who will deny the fact that they or their close relatives were not once refugees.

“If anyone will forget, I wouldn’t forget because being a citizen of Liberia who was not in a refugee camp, I also felt the impact.”

President Weah said he was glad that Ivorian refugees were given the leverage and support to determine, on their own, whether to become citizens of Liberia or return home.

During the meeting, the UNHCR boss was gowned by the Liberian Government through the Liberia Refugee Repatriation Resettlement Commission.