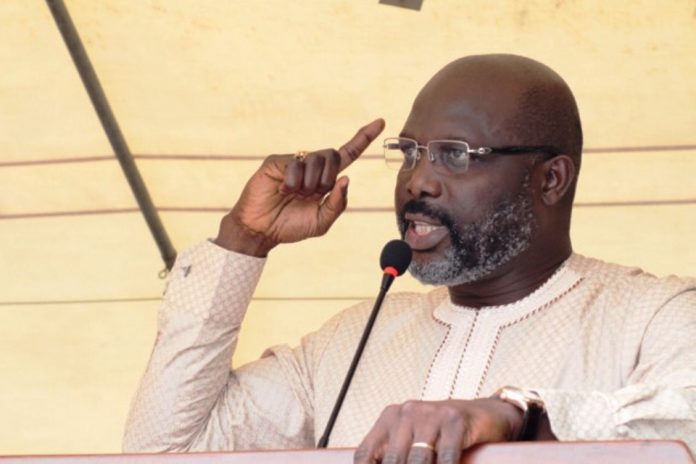 Mr Weah while commissioning the 11.5 kilometres stretch of road affirmed the Government’s commitment to addressing the challenges of infrastructure development, vowing to construct and connect more feeder roads across the country, including schools, markets, and hospitals, among others.

“This road is part of our ongoing efforts to develop, and we are committed to it; this road will help ease the difficulties our people faced, and this pavement will help facilitate movement easier,” President Weah said.

He said the opening of the road is in keeping with his vision to develop Liberia through the construction of roads to connect the entire country.

“You can see for yourself journalists, I want to ensure that all feeder roads across the country are paved to enhance economic viability, agriculture productivity as well as improve the healthcare delivery system because it will enable our people to take their produce to the market and have easy access to health.”

President Weah said the ceremony signifies his commitment to developing Liberia, especially, through road construction, and called on all of his cabinet ministers to cooperate and collaborate for the growth and development of the Liberian people.

However, the President urged Liberians to ensure that they help the government maintain the peace, if these projects are to be achieved, stressing, “We can only achieve rapid development if our country is reconciled and peaceful.”

Public Works Minister Ruth Coker Collins said the 11.5-kilometre access road corridor connecting Barnesville Dryrice Market to Johnsonville turning point to Mount Barclay is phased one of the asphalt road project, which is 6.5-kilometre access connecting Dryrice Market to Johnsonville Township completed, while phase two is the portion of the road corridor connecting Johnsonville Township to Mount Barclay 5km, which pavement has already started and will be completed shortly.

Since the establishment of the township in 1887, residents have had difficulties in plying the road due to its dilapidated state, especially during the rainy season, as many of them usually ride motorcycles as easier means of travel.

But in October 2018, President George Manneh Weah broke grounds for the construction of the Redlight to Johnsonville to Dryrice Market, Barnesville which has since been completed and used by the public.