African Leadership Magazine
Home Opinion Racism seeks to drive us apart, but there are rays of hope 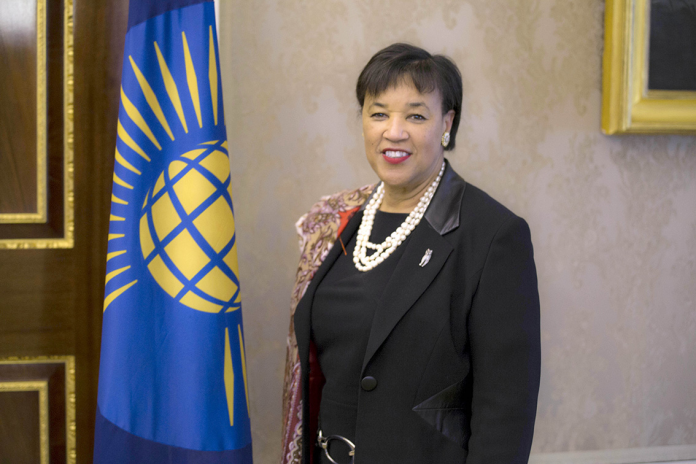 Today I received a message from a parent. Her nine-year-old son, Oscar, had been sitting in his living room during the Covid-19 lockdown, watching coverage of protests, sparked by the death of George Floyd in Minneapolis, United States.

He was perplexed and sat glued to his television as he watched images beamed from America, Canada, Australia and from the United Kingdom of masses of people of all races chanting ‘I can’t breathe’ and demanding an end to racism.

This fiercely intelligent mixed-race child had been raised to be proud of his blended heritage. So he was desperate to understand the circumstances surrounding Floyd’s death, and the raw wounds it had opened up in communities across the world.

Oscar turned to his mother and fired a series of profound and deeply disconcerting questions, which she shared with me. He wanted to know why black people were being treated in this appalling way and why some people did not understand the concept of equality. As his mother tried to respond to these difficult questions, the discussion led to the institution of the Commonwealth. Oscar wanted to know why countries which were former colonies of the British empire had willingly decided to create a union based on equality and friendship.

His questions deeply affected me because they were the same questions I had asked my father when I was nine. I had been watching the painful and frightening saga of apartheid play out on TV, and I had already experienced the reality of being a child of the Windrush generation.

So it is deeply distressing to see that after decades of civil rights movements, race riots, powerful ‘I-have-a-dream’ speeches, and the establishment of equality laws, that we have somehow managed to come back full circle.

Here I am in 2020 witnessing the horrific manifestation of this still festering wound – a white policeman, undeterred by onlookers, nonchalantly kneeling on the neck of a black man who is begging for mercy, pleading for his life, until he is forced into permanent silence.

More and more these incidents of savagery, evil and lack of humanity are being caught on camera in real-time – so there can be no claims of exaggeration or distortion. It also means that children of all races around our Commonwealth, are being exposed to trauma and their parents are facing difficult questions.

I believe that our young people, like Oscar, who represent 60 per cent of our population in the Commonwealth, deserve to know why they are still having to ask these questions.  More importantly, they need to have hope that we can build on the progress we have made and create a future in which their children and grandchildren are not asking the same questions. My response is to point to the model of the Commonwealth.

In 1949, the Prime Minister of India, Jawaharlal Nehru, explaining why his country had decided to join the Commonwealth, spoke about its “desirable method” which “brings a touch of healing” to our sick world.

These sentiments were later echoed by Her Majesty Queen Elizabeth II in 1953 when she described the Commonwealth as, “an entirely new conception, built on the highest qualities of the spirit of man: friendship, loyalty and the desire for freedom and peace”.

It is true that our Commonwealth story is one of a family at times scarred by old hurts and resentments, and of a relationship sometimes strained and afflicted by fissures such as racism. But I point to the Commonwealth because our history also shows that, standing on the strong foundation of our friendship, our shared values, our common aspirations, and our spirit of collaboration. We have always been brave enough to look evil straight in the face and call it for what it is.

Our collective refusal to turn a blind eye to apartheid and our tireless fight for the small, the vulnerable and the marginalised has made us as an enigma of diversity and equality.

Today, the Commonwealth is 54 countries, small and large, from five different regions representing one-third of humanity, of all races, cultures, creeds, religions and economic positions, bound by the same language, the same common law, parliamentary and institutional framework, and values. And their leaders can sit together, all with equal say, making joint decisions on some of the worlds’ greatest challenges.

I am extremely proud of this accomplishment, but Floyd’s final silence was a deafening reminder of the challenges we still face. And Oscar’s questions, posed in the midst of a global pandemic and worsening economic and environmental crisis, presents a new set of challenges.

I am encouraged by the rays of hope I see shining through in the peaceful marches led by people of all races and cultures, and by police joining protests, not to stand against peaceful protesters, but to kneel with them in solidarity.

So I have hope that we are able to beat this, but we can only do so if we can see the bitter racism which has managed to poison minds and institutions and all of us resolve to eradicate it. We must also understand that the only antidote is to contradict this flawed ideology with the strong values of equality.

Often, when people ask me about the Commonwealth’s impact, and I tell them about the importance of our Charter of values, they look at me strangely. But recent events and Oscar’s questions have made it clear that we must have solid strategies to integrate these values into every part of our society, including our education systems.

The truth is that we are at a defining moment in our history, and the choices we make matter, perhaps more than at any other time for a generation. We cannot afford to allow racism to divide us and drive us into social unrest. We all inhabit the same planet; together, we are all battling the same pandemic. It is only if we join together, in the face of our competing viewpoints and ambitions, that we can hope to defeat this pandemic, regenerate our communities, and take on the economic and environmental challenges that this planet faces. As well as overcome the corrosive stain of racism which would seek to tear us apart.