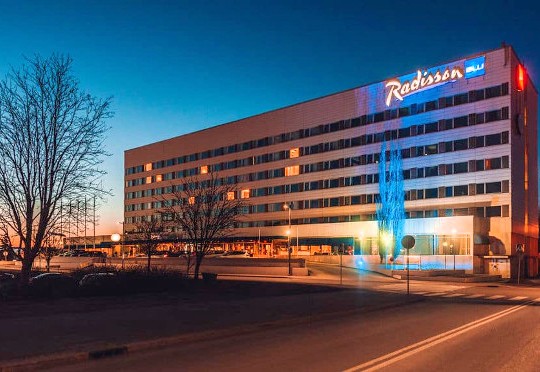 Radisson Hospitality is proud to announce the signing of a new Radisson hotel in Abidjan, Ivory Coast. The Radisson Hotel & Apartments Abidjan Plateau signing brings the group’s Africa portfolio to 86 hotels and almost 18,000 rooms in operation and under development.

Abidjan is one of the most populous cities in Africa and the largest business hub in the Francophone Africa.

Radisson Hotel & Apartments Abidjan Plateau will be located on the Boulevard de la République in the heart of the Plateau – the central business district – allowing easy access across the city for guests visiting for business and leisure.

Elie Younes, Executive Vice President & Chief Development Officer, Radisson Hotel Group, said: “Radisson Hotel & Apartments Abidjan Plateau is the second Radisson hotel signing in the country, and is part of our bigger plan to roll-out the Radisson brand across EMEA, building on the success of Radisson Collection, Radisson Blu, Radisson RED and Park Inn by Radisson. The new Radisson hotel will be a hospitality leader in Abidjan offering the largest conference center in the city center, stylish accommodation and the city’s first roof top bar and restaurant.”

“Through the development of the Radisson Hotel & Apartments Abidjan Plateau, we are bringing our bold vision for Africa to life,” said Mohamed Ben Ouda, Managing Director of Palmeraie Development Group. “We’re proud to be partnering with Radisson Hotel Group and look forward to a longstanding relationship with an industry leader.”

The 152-room Radisson Hotel & Apartments Abidjan Plateau is a new construction and scheduled to open in 2021, offering 122 standard rooms, 24 one-bedroom apartments and six two-bedroom apartments. Other facilities include an all-day dining restaurant, a specialty restaurant, a sky bar and fitness room. The city’s largest conference space will have eight meeting rooms over 1,000 sqm area.