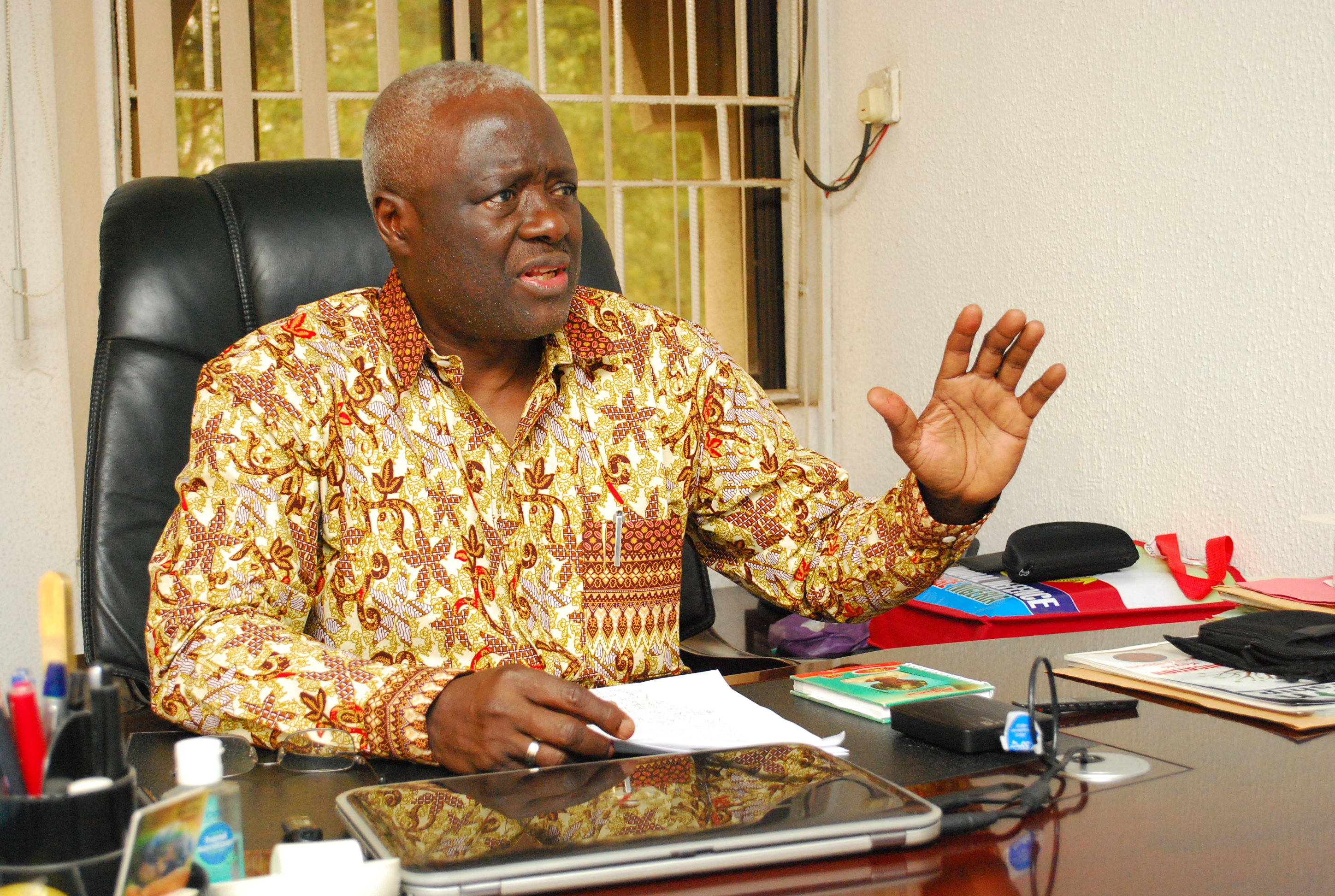 General Martin Luther Agwai, Rtd, is one of Africa’s finest soldiers, who served as Nigeria’s Chief of Army Staff; deputy Military Adviser at the United Nations Headquarters, New York; Nigeria’s Chief of Defence Staff, amongst many high profile positions in Nigeria and Africa at large. In this exclusive interview with African Leadership Magazine UK, he talks about some of the major challenges to security in Nigeria and the way forward. Excerpt:

Unprofessional conducts among other issues, were some of the complaints that trailed activities of the Nigerian Military in recent time; what would you say is responsible for this?

Well, the Nigerian Military during my service was globally recognized as one of the best, with very high regard for professionalism. As you may be aware, the army is one of the most disciplined forces in Nigeria. So, I rarely experienced some of these complaints, but a lot of my predecessors experienced it. There was an incidence that happened before I became the Chief of Army Staff. No one talked about the full story; they only focused on the reaction of the military. The first commander at the lower level -the company commander- was killed and his head was chopped off, and put on a spear and paraded around.  And if you as a soldier with respect and with the way we have been trained to respect and protect our bosses, how will you feel? So nobody even thought of that. I have always believed to discourage the bad guys from doing what they do, the media, and the international human right organizations, like Amnesty International, should be impartial. I have never seen any publication pointing at what the other people have done wrong. It is only when the government forces have done something that it becomes an issue. Amnesty International and the other human right organizations must be impartial; otherwise, they will be encouraging the dissident, who will continue to displace people. I am not holding a brief for the Nigerian Army or Nigerian Military, but I am saying the human right organizations should be impartial. That is the only way to discourage dissidents.

What is responsible for some of the security challenges we have in Nigeria and Africa, at large?

We have to look at the causes of terrorism. Terrorism is when you use force to achieve your aim. I also want us to understand that in some areas, people have resolved to terrorism when they have no other means of solving their problems. So they take the law into their hands to send a message. One man’s terrorist is another man’s freedom fighter. There are so many things that are instrumental to terrorism today.

What is the population of Nigeria? What is the statistics of those between the ages of 18 and 35? Go and check. I don’t know the answer, but you will find that the bulk number of unemployed or underemployed is from these age group. People who have energy have nothing to do. They will have to use their energy in one way or the other. There are people who cannot afford a meal per day. With all the suffering, if I come and tell you that if you put a bomb on yourself and blow it up, you will go to heaven where there will be streets of gold and everything is there perfectly for you.

Today, right after the world war, we had to redefine security; and that the centre of security is human security. It means when a man has access to food, healthcare and shelter. The second part of the human security is that the person is protected. So we no longer have the old definition of security as physical security headed by the police and military. We have to look at security as a whole. There are so many factors to them; people catch on them. There is criminal, religious fanaticism, people catch on them, and if we want to reduce this, we should lay more focus on human security which will make the job of the police, the military and the security agencies much easier.

I will want to also say that the security agencies have to accept their responsibilities. Often times, they may have overlapping functions, but there must be defined role and who is doing what at any given time. The proliferation of uniform men is something we must treat very urgently.  We create a uniform body, and you provide arms and train them; when they finish their service, do you know what they do? So we have to be very strategic in our approach to national issues. If you find that there is a problem with the police, instead of creating another arm of the police or focusing on the military, you will have to redefine. Everybody has a role. And when you have people that have been trained as professionals, you must clearly define their roles.

In a report by the Amnesty International, it was cited that it seems the job of the Nigerian police has been taken by the Military. Does it mean the police in this part of the world have totally failed in its role?

I have stated and I will say it again. What leads you to create an organization? There must be a role. And you must equip people to play the role you set for them. We must think strategically. We must think the consequences of our actions in the next 10 to 50 years; not creating something because there is a problem.

For instance, the issue of Civilian JTF in the North East, if you allow them to operate, you have to understand that at one point in time, they will stop their job as the situation will normalize. This is the time to think “what am I doing with civilian JTF?” If you don’t find what to do with them, circumstances may make them go against you.

Like what you said about the police, has the Nigeria Police failed? A lot of Nigerians will say yes. Why? Sit down with them to have a dialogue. And at the end, say we don’t want Nigerian police to do “A, B, C, and D”, let the military handle it. And then equip the military – training and equipment will be tailored to handle that function. When I was in the military, I advocated that it is not every role that is the military role, but because people have now stretched the military to the level that they have some of the behaviour that they are having. What is the military training? To fight an enemy; so anybody that is in front of him to create problem is an enemy. So we treat you as an enemy. If that is the situation, we should train the police or mobile police to do this role and the military handle another. There may be an overlap, and they may be roles the military can do to help. It is time for us to sit back and address the issues.

In tackling the issue of herdsmen, some have said the way out is the establishment of ranching across the nation. What do you think will be the consequences of establishing ranches across the nation considering the diverse nature of Nigeria?

Nigeria has always been a diverse country; what is, however, new is the approach.  We have talked more on what divides us rather than what brings us together. When you don’t work in harmony, we will end up killing ourselves for the animals and the farm lands.

I want to say I was privileged to chair a committee in Kaduna State on what the government need to do to reduce the problems of killings in Southern Kaduna. And what I recommended is ranching. Ranching and grazing reserves are two different things. What I will recommend for Nigeria is that, maybe for a short while, we cannot have grazing reserves. We cannot because as I discussed with the herdsmen and farmers, you cannot allow people start grazing their cow from one end of the country to another. You can do this, but in the next 20 or 50 years, when we go into full mechanized farming involving large hectares of land, there will be no land for grazing. Ranching is what you see in South Africa and the rest of the advanced countries. Ranching is you get a plot, get clearance from government, if your cattle leave that plot, it is no more yours. This is why it is the answer. Ranching means you can say you want to keep and rear cattle to own a diary milk factory. That means nomadic Fulani men can sell their cattle to go into farming. There are grasses you buy to feed cattle. You can buy the grass if you are not able to grow it on your ranch. Somebody can be a farmer of grass just to feed animals. So it is an open opportunity for everybody.

With constant sensitization and education, the people will know what ranching is all about. Ranching will produce fattening cows, proper milk. Technology will come into place and we will have more peace. There are people who have been practicing grazing for many years, you cannot change that overnight. We need to sensitize the people.

Coups are no solutions to African Problems – HE Ernest Bai Koroma