South Africa’s foreign direct investment swung to inflows in the first quarter from outflows in the final quarter of last year as domestic private firms received equity and debt funding from foreign parent companies, the central bank said on Thursday.

The country registered portfolio investment inflows of 29.2 billion rand from January to March from outflows of 33.9 billion rand in the prior quarter as foreigners acquisition of domestic debt securities exceeded net sales of local equities, the SARB said. 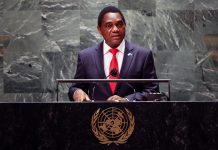