Home Editorial Shaking the Roots of 70 Years of Global Economic and Political Structures... 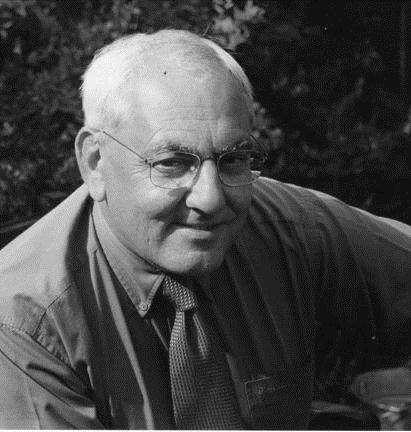 As 2016 draws to a close we can be assured that it is a year that will be seen by history as the start of a new world era.

We started the year with Hilary Clinton the front runner for the White House, David Cameron at No10 Downing St, the UK inside the EU and the beginnings of some signs of global economic movement. Now, with Mr Trump about to take office, Mrs May leading the UK out of Europe and the world’s economy flowing like a very lazy river, it is possible that a further economic or political shock would quickly knock the world backwards.

It seems also possible that people, businesses and governments across the globe will elect to have far greater confidence in the future than any of us might now imagine. The drive to stimulate economic activity, to find new markets and grab new opportunities will be strong. Africa’s dependency on commodities makes it more vulnerable than most to global shock. Surely now is the time for many African states to ease the bureaucracy for foreign investors setting up and doing business. Africa’s growing middle class is attractive to companies looking for new markets. Africa need not be a supplicant at the rich man’s table. Growing prosperity comes with leverage to strike deals that are fair to country, company and people.

With a considerable degree of old-fashioned British understatement, the House of Commons library recently issued a briefing that began, “It is difficult to predict the effect of the Trump victory on US foreign policy.”

It seems that one of few coherent routes to beginning to understand the global economic and foreign policy consequences of Mr Trump’s presidency is to recognise that he comes with no political baggage. The subtleties, nuances and studied choreography of the diplomatic world is wholly alien to him. Don’t expect too many fireworks. Mr Trump may be brash, loud, untested and lacking in political experience but he’s nobody’s fool. He will occasionally say things he and his ambassadors will regret but for the most part he will act and speak on the advice of thoughtful foreign policy advisers.

Two elements will characterise the Trump presidency. The first is that the Republicans have full control of the White House, Senate, House of Representatives and the Supreme Court is likely to have a conservative majority quite soon. If we are to judge Mr Trump by his statements, we will be seeing an America of lower taxes, much reduced public spending, smaller government and a bigger military, though in an administration less minded to deploy the military where there is no obvious threat the American mainland.

The second of the great themes of the Trump years is likely to be some shaking of the roots of the great and powerful institutions that have run the world since the end of WW2.

What is known as the post-war settlement consists of half a dozen or so globally famous initials; WTO, UN, OECD, IMF, World Bank, NATO, EU and dozens of other organisations born from the same instincts and concerned with development, trade, security, environmental, employment and law, to name just a few areas.

What we have all experienced since 1945 is an unprecedented era of international cooperation. Change is in the air and it will be as profoundly felt in Africa, perhaps even more so, as it will across the globe.

Many of the most powerful global organisations, most notably the IMF/World Bank and NATO, are creatures of an American consensus that has lasted now for seven decades. America championed organisations that have been standard bearers for the American conviction that peace and human progress was best achieved through a combination of the rule of law, democracy, human rights, capitalism, free trade and a global role for the United States in the policing and economics of the world.

Suddenly, things look uncertain. Donald Trump has been scathing about free trade deals that he believes have badly damaged America’s manufacturing sector, seen countless jobs moved to other, cheaper, parts of the world and suppressed the earnings of America’s working class.

Free trade has been the engine of globalisation, the foundation of China’s rise as a global economic power, seen the biggest movement of factories, jobs and people in history, created much of the world’s financial services industry and many new finance centres, and stimulated the growth in tourism and travel that has boosted many nations.

Globalisation coincided with the phenomenal advances in communications technology that has moved money, ideas, attitudes, politics and “weightless goods” across the world. The internet is not only the technology of our time but also the metaphor for our time. When I buy a new set of chairs for my garden I’m probably keeping a Chinese factory and its workers busy and all the many thousands of people across the globe in the supply chain of goods and money my modest purchase helps sustain.

Barring a massive catastrophe, globalisation is here to stay. But the terms of trade may change. Mr Trump’s campaign rhetoric fuelled a climate of protectionism and economic insularity that may be translated into policy action in the White House and Capitol Hill. Just as the UK’s decision to quit the EU has ushered in a time of less predictability in Europe, so the world is watching Mr Trump’s senior appointments for clues to economic direction.

We may well see structural shifts in global patterns of trade, brought on by American protectionism and, conversely, by the UK stimulating bi-lateral trade deals across the world. The certainty that has surrounded global trade for decades would diminish and the competition between states edge towards a more combative environment. States will favour hard-edged self-interest rather than risk losing out to nimbler, more aggressively mercantile competitors.

My own guess – it is no more – is that Mr Trump will be a great deal less protectionist than his pre-election rhetoric. The British in particular, where the ruling Conservative Party is ideologically locked into the idea of free trade, will be pressing Mr Trump to take an economically liberal view.

Nonetheless, Mr Trump said a great deal to his core voters that they will expect to become real. Immigration to the US will become much harder. Visitor and student visas from many Muslim parts of the world may be drastically reduced. Climate change and energy conservation regulations may be softened to reduce costs for American manufacturers and consumers (Technical changes often have consequences for commodities and raw materials). Global warming will have very little priority. Development aid spending could be another casualty. The US spends around $30 billion a year in development aid, split between humanitarian work and longer term economic development.

Changes in trade agreements are probably some years away. Budget cuts in aid spending could arrive much sooner.

Behind the great changes that have come in the wake of the Brexit and the election of Donald Trump lies the spectre of growing tensions between Russia and Europe over Syria and the Balkans. Mr Trump has made friendly overtures to Vladimir Putin and it is possible that the new American leader is prepared to give Mr Putin a free hand in Syria. Such a position will greatly worry America’s NATO partners. Mr Trump has painted NATO as an outdated organisation in which America bears most of the financial and political burden. For those Eastern European countries once in the Soviet sphere, that have since joined the EU and/or NATO, the prospect of NATO being diminished or dismantled is frightening.

We may be about to see great powers carving up the world into spheres of influence. For the USA it would be South America, the Pacific and probably the North Atlantic. Russia might be the big player in the Balkans, the Middle East and Arctic regions, with the European powers guarding the Western Mediterranean and the sea borders of the EU and UK. China sees vast regions of the Indian Ocean, Pacific and South China Sea as its natural domain.

So where might this leave sub-Saharan Africa? While China has been the most noticeable investor in Africa, all of the great economic powers are also heavily engaged. Few are likely to want to walk away from potentially profitable business, or readily diminish their global standing.

Whether it’s a pan-Africa view or the position of individual countries, the African voice seems to be presently drowned out by the noise and great events in the US and Europe. If, as I argue, we are to experience big changes in the world’s economic machinery and philosophy, then surely Africa and its leading nations need to be framing and articulating how they want the world to change.

Within months from the start of 2017 the core trends of thinking about the new international economic order will be known. If Africa’s voice is to be heard action needs to be taken soon so that a strong, coherent and compelling case is heard across the globe.

Martin Roche is a communications adviser and journalist. He has counselled governments and business leaders globally for over 30 years. He is a partner in the geopolitical consultancy, Etoile Partners. www.etoilepartners.com