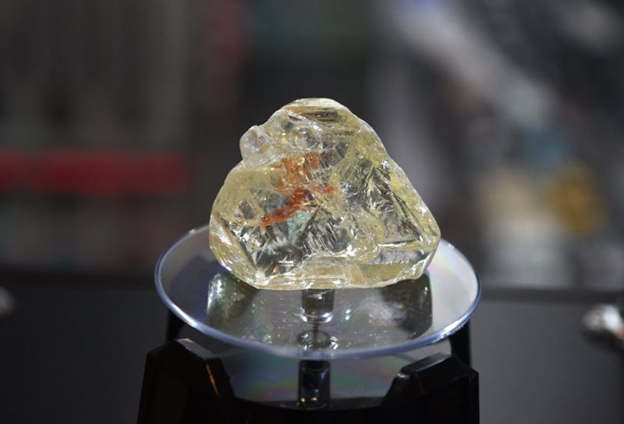 · A group of miners in Sierra Leone in March 2017 discovered the biggest diamond in the country’s history and the 14th largest ever found in the world, a 709-carat uncut diamond which was sold at a New York auction for $6.5mln on Monday.

· The stone was realized by one Pastor Emmanuel Momoh in Koryardu, located in the country’s eastern Kono district.

· Pastor Emmanuel handed over the diamond to the government rather than selling it to middlemen saying “We lack a lot of things. We don’t have a good road network, we don’t have better schools or drinking water,”.

The auction was managed by Rapaport Group, a network of diamond companies.
“There’s a reason God gave these diamonds to the poorest people in the world and made the richest people want them. This is Tikun Olam (Hebrew is the word for correcting the world), this is making the world a better place,” Martin Rapaport, chairman of Rapaport Group said in October this year.

This is the second time the government is auctioning the diamond known as the “Peace Diamond”, it had earlier in May 2017, rejected the highest bid of $7.8 million at an initial auction in Sierra Leone’s capital Freetown.