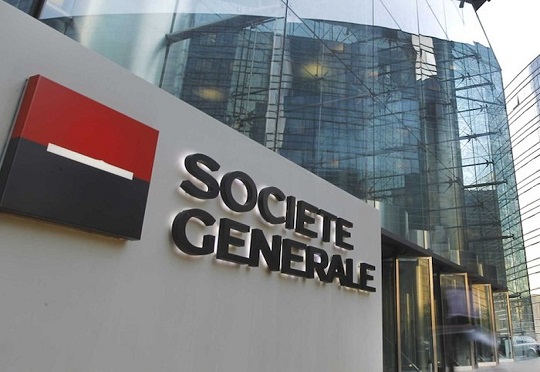 During a trip to Dakar, Societe Generale group confirmed the solid growth of its African operations, in line with its “Transform to Grow” strategic plan.

As part of the launch of its “Grow with Africa” programme, the Bank also announced several initiatives in partnership with international, regional and local clients and institutions in order to meet sustainable development needs in Africa.

With operations in 19 African countries, Societe Generale has a unique positioning in the region, enabling the Group to offer its customers the expertise and knowledge of an international bank combined with the proximity of its local banking networks.

With its roots in Africa stretching back over a century, the Group’s 11,500 staff members on the continent support local economies, serving 4.1 million customers, including 150,000 businesses.

As announced in its strategic plan, the Group is targeting a compound annual revenue growth rate of 8% and profitability of over 15% by 2020 for its African operations.

The Africa, Mediterranean Basin & Overseas Region Business Unit generated €1.52 billion in revenue in 2017, an increase of 11%. This trend continued in the first nine months of 2018, as the bank continued to roll out its strategy, building on its strengths to capture local growth.

Business customers account for more than 60% of NBI and outstanding loans.

The bank is supporting this increasingly sophisticated client base, in particular via regional hubs of expertise that have proven their capability in more mature markets, such as structured finance or currency hedging solutions. Societe Generale has also decided to increase its outstanding loans to African SMEs by 60% over the next five years (+€4 billion).

In terms of individual customers, Societe Generale is looking to consolidate its leadership positions in several countries including Côte d’Ivoire, Cameroon, Senegal, Guinea among others, specifically by drawing on the benefits of its high-end positioning, while remaining focused on improving customer satisfaction.

The Bank is also forging ahead with its innovation strategy with the roll-out of YUP. This e-wallet solution was launched in August 2017 and currently has over 300,000 e-wallets opened and almost 4,500 agents. YUP adds around 1,500 new customers per day and is aiming for one million customers and 8,000 agents by 2020.

In order to deliver on this roadmap, Societe Generale is adapting its structure in Africa.

Four regional divisions for Africa have been set up in Abidjan, Douala, Algiers and Casablanca, in addition to an organization and IT system division in Casablanca. Specifically, this will enable the pooling of expertise, standardize processes and improve efficiency.

The Bank is also looking to broaden its innovation initiatives, thanks to Innovation Labs in Dakar, Tunis and Casablanca, where new banking and non-banking solutions are being developed with start-ups and customers.

The Group has also strengthened its teams in Africa. With a strong renewal in the managerial structure, many African staff members well connected to local economies are being promoted to top management positions.

Several initiatives on training, equality – such as the partnership with “Women in Africa” – and collective intelligence are also playing a key role in the Group’s inclusive growth strategy.

With the launch of the “Grow with Africa” programme, conceived in collaboration with several local and international partners, Societe Generale has identified four areas of development:

In order to support SMEs, which are the cornerstone of African economies, Societe Generale will create “SME Centres” in each of its subsidiaries, bringing together under one roof the different organizations that work together to promote business development.

This initiative will go hand in hand with the Bank’s plan to substantially increase the amount of loans granted to African SMEs.

Infrastructure financing is a key aspect of development in Africa, especially in energy, transport, water and waste management, and even the development of sustainable cities.

Societe Generale is dedicated to improving its support of agricultural industries, by working alongside all of the sector’s stakeholders, including farmers, cooperatives and SMEs.

As such, Societe Generale is committed to providing access to a range of banking and non-banking services (healthcare, education, advisory) to one million farmers over the next five years, thanks to its YUP platform.

The Bank is also focused on supporting energy inclusion, promoting renewable energy sources in areas that are not connected to the electricity network and supporting connections for households located close to existing networks.

For several decades, Societe Generale has been a key player in local economies, with the aim of improving financial inclusion among local populations.

The Bank will continue in this direction by pursuing the roll out of YUP, which offers simple, accessible, bank-like products to a broad population, the majority of whom does not currently have access to banking services. The group has been active in microfinance for over 10 years and is committed to doubling its outstanding loans to microfinance organizations by 2022.

Frédéric Oudéa, Chief Executive Officer of Societe Generale said: “Our long-standing presence in Africa makes Societe Generale an essential, well-placed player on the continent to serve as a unifying force around the challenge of responsibility and sustainably contributing to African growth. This ambition is a key part of our strategic plan. This is why we are launching “Grow with Africa”, an initiative that involves all stakeholders seeking to provide solutions to the specific environment in which sustainable development in Africa is expanding, and who are convinced that the futures of Europe and Africa are more closely linked than ever.”

The Group’s desire to contribute to sustainable development in Africa is also driven by the initiatives of the Societe Generale Corporate Foundation for Solidarity.

The Foundation has already supported close to 100 projects promoting professional integration in 14 African countries, and the budget it dedicates to projects in Africa will be considerably increased over the coming years.