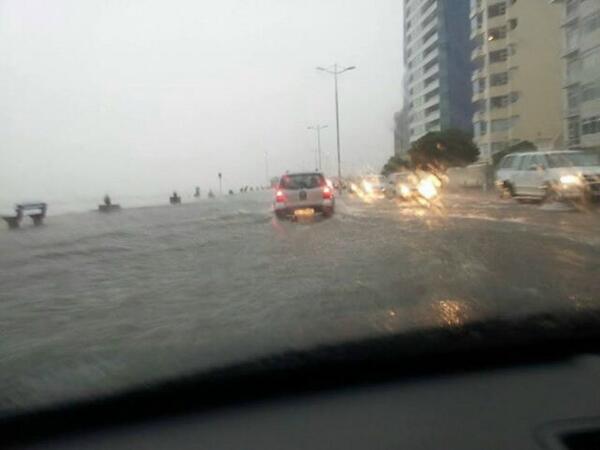 Recent forecast has shown that a deadly storm is about to hit the city of Cape Town. It has been predicted that the storm will bring as much as 50 millimeters (2 inches) of rain within 24 hours, gale force winds and sea swells of 10 meters to 12 meters (32 to 39 feet) high.

Authorities of Cape Town have advised its residents to stay off roads and remain indoors and shut down schools as it prepares for the raging drought which is about attack the city.

According to the city authorities, rather than producing adequate water which the city is in need of since it has been suffering from drought, the rains will aggravate the water shortage situation.

The use of water for some non-living activities such as washing of cars, filling up swimming pool, wetting gardens and some other water use activities have been banned.