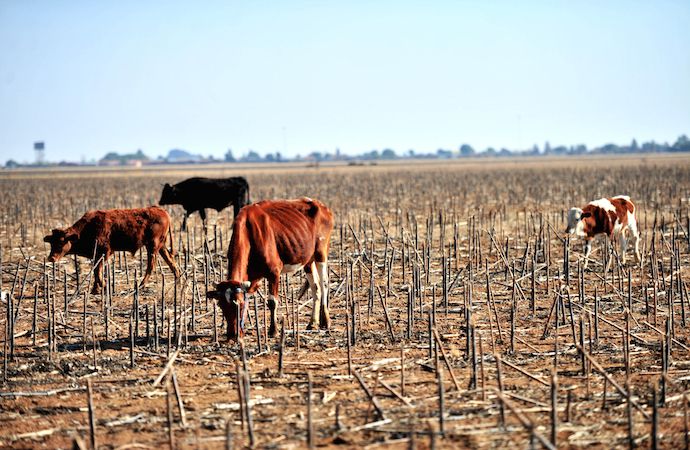 While there have been good rains, the country is still firmly in a drought situation – and has not recovered enough to relax the restrictions to water use, implemented in provinces.

Held in Kempton Park on Tuesday, the first official MinMEC on Water and Sanitation since the 5th administration gave the Minister an opportunity to update the provinces on the water and sanitation delivery performance plans of the national department.

The provinces also received an update on the drought conditions that continue to threaten national water security.

Addressing the media after the meeting, Minister Mokonyane said the country is witnessing slight increases in eight of the nine provinces, however, she warned that this does not translate to any indication of a recovery from the current drought.

Currently, the average dam levels of the 211 monitored by the department across the country are at 58.9%, up only by 2.1%.

“We wish to state emphatically that we are still faced with a dire situation as a country and remain drought stricken. We only anticipate a full recovery in about three years-times,” said Minister Mokonyane.

Minister Mokonyane said the department is looking at creating interventions and considering a number of solutions such as desalination plants for coastal towns similar to those commissioned to save Richards Bay in KZN.

She said the MinMEC has also been presented with the Annual Performance Plan (APP) of the department to appreciate and gain insight into the high impact and priority infrastructure projects of the department over the Medium-Term Strategic Framework.

“The intention is to once again ensure that as we plan for regional bulk infrastructure, the provinces together with municipalities also begin to plan for the reticulation and other linked and related infrastructure that shall benefit from our schemes and is reliant on them for development.”

Limpopo MEC Makoma Makhura Petje said that while the province has above normal rainfall, the dam levels are still at 57% with Polokwane being the hardest hit district, as the major city.

“We continue to communicate the message that we are not where we are supposed to be. If by now we are still at 57%, the chances are that our dams will never be full until the rainy season ends in Mach.

“We need to work together with our communities to say the restrictions are still in place. We are going to continue to monitor the situation, work with the municipality and make sure that we are ready to work between winter until we get the rainy season in September,” said MEC Petje.

Mpumalanga MEC Refilwe Mtshweni said that water restriction measures implemented in the province have to some extent yielded positive results.

“We still encourage our communities to use water sparingly, and through public participation, we constantly remind them that they need to spread the message that every household needs to guard against this special resource,” said MEC Mtshweni.

In the area of sanitation, the provinces received an update on the newly adopted National Sanitation Policy.

Minister Mokonyane said that in line with the policy, there is commitment to promote sanitation services norms and standards for South Africa, innovative sanitation solutions to reduce reliance on water borne sanitation systems and the importance of proper health and hygiene practices and public education.

There is also commitment to promoting investment opportunities in sanitation linked with new industries and skills development (in line with engagements at World Economic Forum 2017), as well as Joint – planning covering all three spheres of government for public infrastructure supported by strict regulation and compliance enforcement.