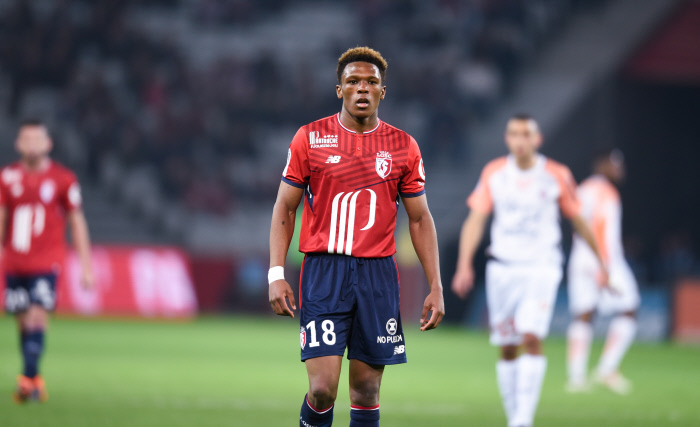 Bafana Bafana striker, Lebo Mothiba, has completed his move to French Ligue 1 side Strasbourg. He has signed a five-year contract with reports in France suggesting the fee could rise as high as €8-million (R135-million) with add-ons.

Mothiba in a heartfelt goodbye message on his official Instagram account stated, “It’s a great day for me‚ but it’s with a heavy and emotional heart that I leave my current club (Lille).
“Thanks to the fans for their love and unconditional support from my first steps in the winter of 2013 in the U19 side. I will not forget you and you are engraved in my heart.
“During these five years I have matured as a player‚ but especially as a man. Thank you to all the educators‚ coaches and staff who have helped me.”

Mothiba’s move was announced on the Strasbourg website‚ where he gave his formula for success.
“I am very happy to sign at Racing. I will give everything to the club‚ work hard every day and try to score a lot of goals to make people happy!”
Strasbourg has started the season with four points from a possible nine‚ beating Bordeaux on the opening day before a home draw with St Etienne and an away loss to Lyon.

Mothiba will return to South Africa next week having been selected in Stuart Baxter’s Bafana squad for the African Nations Cup qualifier against Libya in Durban on September 8.

Jerusalema: An African Rhythm that has become a world anthem