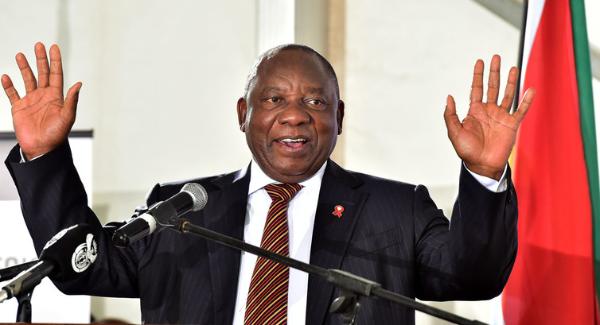 Pretoria, Aug 19 (Prensa Latina) South African President Cyril Ramaphosa returned to this capital after participating in the 38th Summit of the Southern African Development Community (SADC), held in Namibia, where he reported on the work done by his country during his term as the head of that regional organization.

The SADC Summit took place in Windhoek, on August 17 and 18, under the slogan Promoting Infrastructure and Empowerment of Young People for Sustainable Development, and was preceded by a meeting of the commission of that group in charge of Politics, Defense and Security. The meeting of heads of State and Government of the 16 member countries coincided with the 26th anniversary of the adoption of the SADC Treaty that founded the organization.

In his report to participants, Ramaphosa stated that during South Africa’s presidency, investments were made in productive sectors by companies from his country in member nations, in such sectors as forestry, agriculture, agro-industrial processing, fertilizers, mining and pharmaceuticals.

We have created an environment that allows businesses to flourish and deepens our relations with the private sector, said the South African leader, who underlined the importance of entrepreneurship in the design of regional strategies and initiatives, as well as in the identification of obstacles to greater integration in this region of the world.