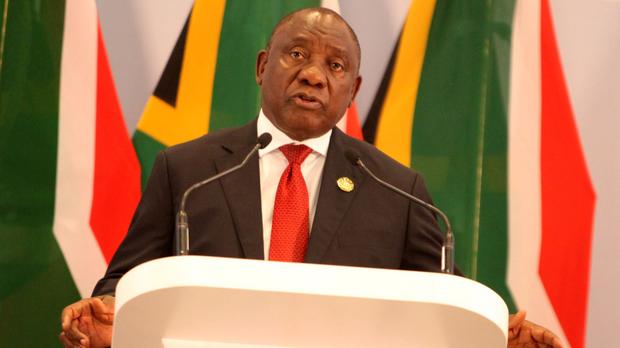 South African President Cyril Ramaphosa will on Friday unveil a stimulus plan to kickstart an economy in recession.

“The full details will be delivered by the president this Friday,” Communications Minister Nomvula Mokonyane told reporters in Pretoria Thursday after a cabinet meeting in which the plan was approved.

Ramaphosa revealed highlights of the plan at a Sept. 14 meeting attended by leaders of business formations, chief executives and the heads of the nation’s major labor federations. The full package was initially set to be announced at the Oct. 24 mid-term budget, Finance Minister Nhlanhla Nene said earlier this month, adding it will include a long-awaited announcement on the allocation of spectrum to mobile-network operators.

The economy has shrunk for two straight quarters and business confidence has slipped to levels last seen when Jacob Zuma was president. Ratings company Moody’s Investors Service more than halved its economic growth projection for the year after the news, saying it adds to the nation’s fiscal challenges.