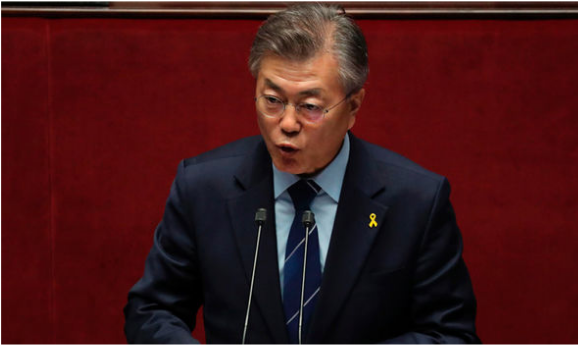 South Korea has proposed military talks with North Korea, in an opening speech to Pyongyang by the government of President Moon Jae-in, saying that the two sides should discuss ways to avoid hostile acts near the heavily militarized border.

The proposal comes after Moon said at the G20 summit in Hamburg earlier this month that he was in favour of dialogue with the North despite the “nuclear provocation” of its latest missile test.

“Talks and cooperation between the two Koreas to ease tension and bring about peace on the Korean peninsula will be instrumental in pushing forth a mutual, virtuous cycle for inter-Korea relations and North Korea’s nuclear problem,” the South’s Unification Minister Cho Myoung-gyon told a news briefing.

Cho also made an appeal that the military and government hotlines across the border which was cut by the North last year as a way of striking back after the south imposed economic sanctions after a nuclear test by Pyongyang is restored.