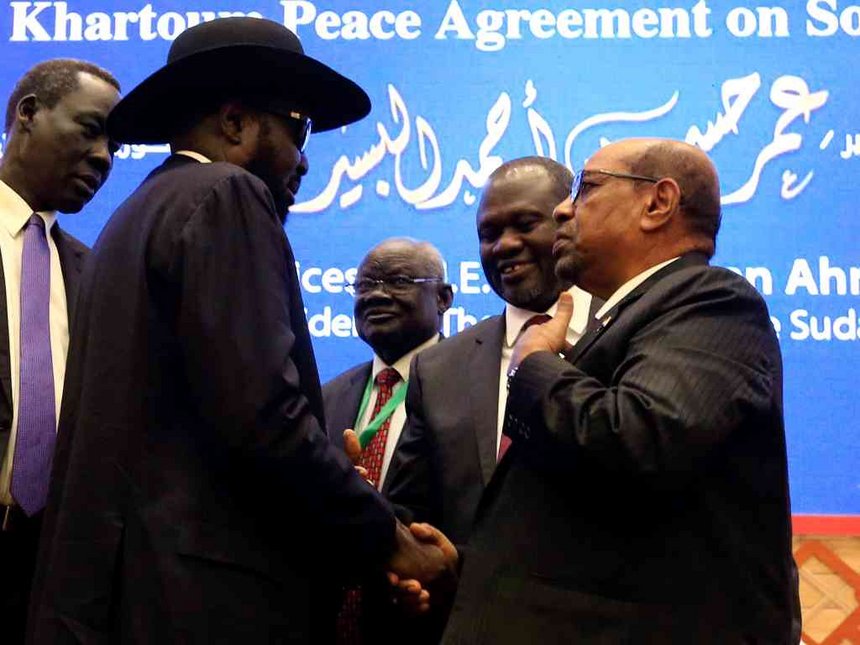 The rebel group leader, Riek Machar, will be reinstated in his position as part of a peace deal to end a near five-year-old war that has killed tens of thousands and devastated Africa’s youngest nation.

“After a 10-hour-long meeting, the parties agreed… there will be four vice presidents and Dr. Riek Machar will be reinstated as first vice president.”

He added that although the government and the opposition had agreed to the proposal, “there will be more consultation to come up with the final decision.” South Sudan has been gripped by civil war since 2013, when a political disagreement between Kiir and Machar exploded into a military confrontation.

The Sudan People’s Liberation Movement-In Opposition’s deputy spokesman Puok Both Baluang told reporters that Salva Kiir has not made any statement concerning this reinstatement even though it has been agreed.

The war, which has mostly seen Kiir’s Dinka and Machar’s Nuer ethnic group pitted against each other, has killed tens of thousands, uprooted about a quarter of the country’s population of 12 million and slashed oil production, on which the economy depends almost entirely. The agreement on Machar’s position marks a potential breakthrough in new efforts mediated by regional leaders to find a power-sharing and peace agreement to end the war.

But this new agreement is expected to restore peace between both parties for the development of the country.