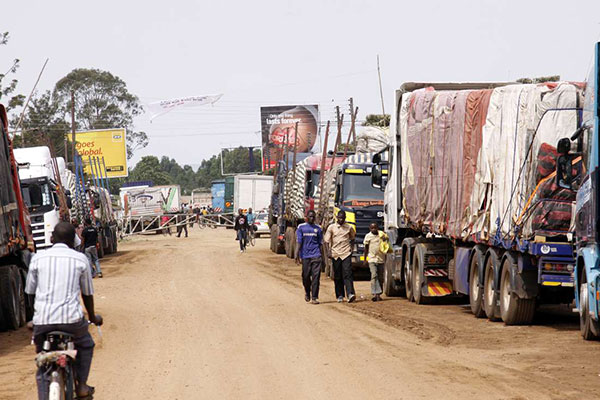 Regional businesses said the delay in implementing the agreement signed eight years ago is denying the region investments.

Kenya, Rwanda and Uganda have ratified the agreement.

Peter Mathuki, East Africa Business Council ambassador to the EAC, said harmonising fiscal policies to remove tax distortions within the region is integral to achieving the EAC Treaty’s objectives of a Single Market and ensuring free movement of goods, services and labour.

“Fiscal harmonisation to eliminate tax distortions is a prerequisite to a successful and functioning Single Market,” Mr Mathuki told an EABC consultative meeting on harmonisation of domestic taxes in Nairobi last week.

“The EAC partner states behave like competitors, not partners,” he added.

Under the EAC Customs Union, the partner states apply the same import duty on a product imported into region. This is implemented through application of the East African Community Common External Tariff (CET).

However, under the same Customs Union, partner states have retained the mandate of domestic taxes such as income tax, value added tax and excise duty.

In this regard, the duty structures and rates are developed and managed at the national level based on policy priorities of the country at the given time.

“This freedom of developing and managing domestic taxes at national level has resulted in huge differences among the tax systems of EAC partner states, resulting in unfair tax competition, discrimination, distortion and unequal treatment of taxpayers, goods and services in the region,” Mr Mathuki said.

The EAC took its first step to harmonise fiscal policies when partner states signed the Agreement for the Avoidance of Double Taxation and the Prevention of Fiscal Evasion with Respect to Taxes on Income in November 2010.

The parties to the agreement are Kenya, Burundi, Rwanda, Uganda and the Tanzania. If ratified and implemented, the agreement is expected to increase investment in the region primarily through eliminating double taxation, limiting discriminatory tax treatment and providing tax certainty through transparent and predictable tax allocation rules.

The 2010 EAC Multilateral DTA covers taxes on income imposed on behalf of the contracting state or its political subdivisions, irrespective of the manner in which they are levied.

However, the agreement provides that for it to enter into force all contracting parties shall ratify and notify each other of the completion of the procedures.

“The remaining partner states have been reminded by the EAC Council of Finance and Economic Affairs to still ratify the agreement but they are in the process of ratification. We have already identified a number of challenges standing in the way of tax harmonisation including fears by governments that it may deplete the revenue base, especially in the case of excise, and strong lobbying by some private sector stakeholders due to fear of competition,” said Gabriel Kitenga, chairman of EABC working group on domestic taxes.

The working group notes that the inconsistency of composition of negotiating teams and failure by stakeholders to list their fears of what tax harmonisation will bring were standing in the way of the DTA becoming a reality for member states.

Mr Kitenga noted that the partner states should apply the principle of variable geometry, which allows for progression in co-operation among groups within the community for wider integration schemes in various fields and at different speeds.

He said that intra-EAC trade would double in two years if the agreement is implemented.