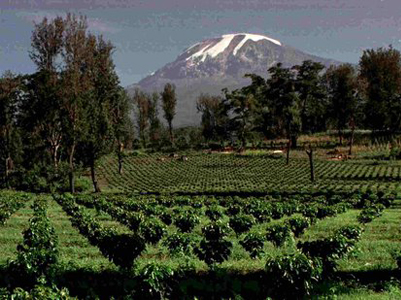 WHILE investing in health insurance is an important step in building a strong economy, smallholder farmers in Kagera Region have never had health insurance. Weak and sick people cannot positively contribute to national development.

With the introduction of Warehouse Receipts System (WRS) efforts should also be directed on educating the farmers on importance of getting insurance cover for their crops.

Since agriculture is the backbone of the nation economy, it needs a joint support from different stakeholders to support the government drive of implementing industrialisation agenda. Farmers under the Agricultural and Marketing Cooperative Societies (AMCOS) in Kagera Region are encouraged to register under “Ushirika Afya” health insurance.

The Kagera Regional Manager of the National Health Insurance Fund (NHIF), Mr Elias Odhiambo, revealed that the farmers will get the insurance after introduction of “Ushirika Afya”, designed for key commodity crops including coffee, tobacco, tea, cashew nut and cotton.

Other crops are vanilla and sugarcane. Introduction of “Ushirika Afya” was in line with the 5th Phase Government resolve under President John Magufuli of industrialisation by year 2025 and achieving the Universal Health Coverage (UHC).

Over 100,000 farmers in the region depend on agriculture, livestock and fishing activities, but most of them did not have insurance. Through the new system a farmer will get insurance after selling his/her produce.

Farmers should take the opportunity and get health insurance at affordable fee of 76,800/- per anseasonnum, an average of 6,400/- per month. After registration a farmer will get treatment all the year at all centres registered under the Community Health Fund (CHF).

He warned lazy extension officers who spend most of their time on office chairs instead of visiting and imparting farmers with the needed farming skills. Closing the Nane Nane exhibitions at the Kyakailabwa Agricultural grounds on the outskirts of Bukoba Municipality, the RC threatened stern disciplinary measures against the under performing extension officers.

From now onwards, every extension officer must spend at least 70 per cent of their official time visiting and advising farmers, livestock keepers and those engaging in fishing activities. Br. Gen Gaguti challenged residents in the area to penetrate and increase trade relations with neighbouring Rwanda, Burundi and Uganda, capitalizing on proximity.

Kagera region shares borders with four neighbouring countries- Rwanda, Burundi, Uganda and Kenya across Lake Victoria. It was easier for Rwandan traders to transact with their Tanzanian counterparts in Kagera Region than travelling long distance to Dar es Salaam.

Farmers should unite in groups, establish small industries to process crops including sweet potato, cassava and bananas instead of selling them as raw materials. By exporting raw materials, he said, the region is only enriching others while it’s poor get poorer, a situation that no rational leader should tolerate and urged them to leave no stone unturned in their quest to protect and advance the region’s industrial sector.

The region is resource endowed, with fertile soils, conducive weather and plenty of rainfall to double production of both cash and food crops, directing officials under the agricultural department to maintain proper and updated data on production of food and cash crops.

Most of the coffee trees are old… some are 60 years and they no longer yield the desired fruits. The councils should intervene by buying improved coffee seedlings from ARI Maruku for distribution to farmers in their respective villages.

Coffee is vital to the economy of East and Central Africa, providing a major source of foreign exchange earnings and as a cash crop, supporting the livelihoods of millions involved in cultivation, processing, marketing and export.

Kagera Region has set aside about 60,000 hectares for livestock production which will enhance the building of industries for milk and beef production. Regional authorities have invited investors into the area, assuring them of security.

During 2018/19anseason coffee farmers in Kagera Region will benefit from services provided under the Warehouse Receipts System (WRS). Under Section 22(1) of the Warehouse Receipts Act, 2005 each applicant for a licence to operate a Warehouse should have a Certificate of Insuranceinsuring all commodities which are or maybe in such Warehouse for their full market value for loss by fire, theft, burglary, arson or any other cause.

The Warehouse Operator shall make complete settlement to all depositors having commodities stored in any Warehouse, damaged or destroyed within ten days after settlement with the Insurance Company. The WRS currently is operating in various regions including Mtwara, Lindi, Ruvuma, Coast region, Arusha, Manyara, Kilimanjaro, Tanga, Morogoro, Dodoma, Mbeya, Ruvuma, Kagera and Mwanza.

The crops under WRS include Cashewnut, Cotton, Coffee, Maize, Paddy/ Rice, Sesame, Sunflower and Pigeon peas. The Kagera Regional Cooperative Development Officer, Mr Robert Kitambo, appealed to Cooperative Officers in Muleba, Missenyi, Bukoba, Karagwe, Kyerwa and Ngara districts to educate the farmers on the importance of the WRS whereby farmers will get payment through their bank accounts, also emphasizing the need for collective responsibility and faithfulness.

The move to boost agricultural sector was in line with government’s pledges to farmers. This is one of the moves aimed at making farmers greatly benefit from agricultural activities and address challenges that have been facing them for many years to enable them to move from traditional farming to modern methods and relegating the hand hoe into museums.