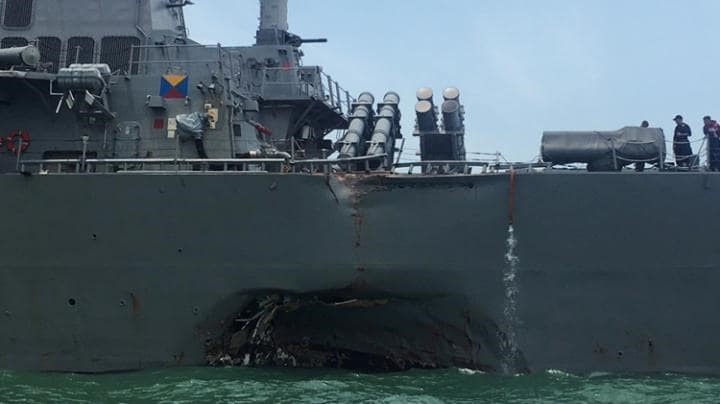 A U.S warship collided with an oil tanker east of Singapore Sunday leaving five sailors injured and ten missing the U.S Navy has announced. It is the second time this month the U.S Army destroyers are involved in an accident in Asian waters.

The U.S. warship, a guided-missile destroyer USS John S. McCain collided with the tanker Alnic MC while it was heading to Singapore for a routine port call, the Navy said in a statement.

Four of the injured were flown to a hospital in Singapore with non-life threatening injuries. The fifth needed no further treatment.