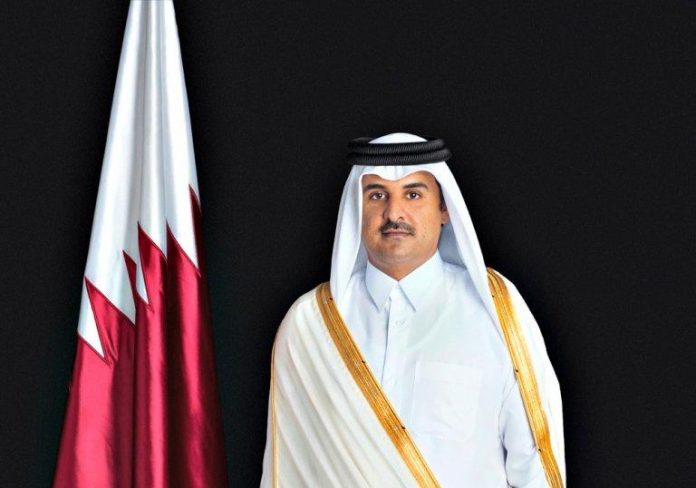 The Amir of Qatar, His Highness Sheikh Tamim bin Hamad Al-Thani has said that Dialogue is what bridges the gap between adversaries. The Amir made this known during the opening session of the 18th Doha Forum, holding at the Sheraton Grand Doha Resort and Convention Hotel. The Forum which holds from 15-16 December 2018, with the theme “Shaping Policy in an Interconnected World,” opened with a unanimous call for the world to embrace dialogue as the truly tested and tried means through which global issues can be resolved. In his words, ” Stability should not be based on repression and injustice, as true peace is based on justice, and not on occupation. Also, the narrow concept of security poses a threat to security itself, because the lack of human security falls back to threaten the very security and stability in their narrow sense. And as economic development cannot be achieved in the long run without human development, it is essential to achieve security in all its economic, political, environmental and societal dimensions.”

He further stated that “For us, these are not theoretical statements. In the Middle East, we have our share of challenges and crises, from the Palestinian issue, the Arab-Israeli conflict to the Iraq war and the Arab uprisings, which were universally known as the Arab spring; and from migration and unemployment-related problems to the issues of communal security, food security and other challenges.”
“In the midst of all these challenges and crises, it has been proven that no solutions were culminated in success beyond the set of universal values reached by humanity after the Second World War on the one hand, and after the battles of liberation from colonialism on the other hand. They are the values which should not change when circumstances and times change. These universal values have been incorporated in the United Nations Charters and principles aimed at maintaining international peace and security, resorting to dialogue and peaceful means of settling disputes, rejecting the annexation of the territories of others by force, as well as the right to self-determination of peoples, non-interference in the internal affairs of States and rejection of all forms of racism and discrimination, respecting human rights and citizens, upholding the values of justice and equality, renouncing extremism and terrorism, and promoting peaceful coexistence and international cooperation,” he said.

The Amir, also maintained that “The sponsors and advocates of this narrow-minded exclusionary thinking have missed that the technological advancement and open cyberspace have made it difficult to monopolize views and muzzle people.”

The opening session of the forum, also had in attendance, His Excellency, Lenin Moreno, President of Ecuador, His Excellency, Hassan Ali Khayre, Prime Minister of Somalia; Her Excellency, María Fernanda Espinosa, President of the United Nations General Assembly; amongst other political, diplomatic and business leaders, alongside members of the academic and foreign policy experts.

Established in 2000, the Doha Forum is a platform for global dialogue on critical challenges facing the world. The Forum was designed to promote the interchange of ideas, discourse, policy-making, and action-oriented recommendations. The Forum has become a platform for evolving solutions to some of the world’s pressing issues.