Home Development The African Development Bank delivers on a decade of transformative commitments to... 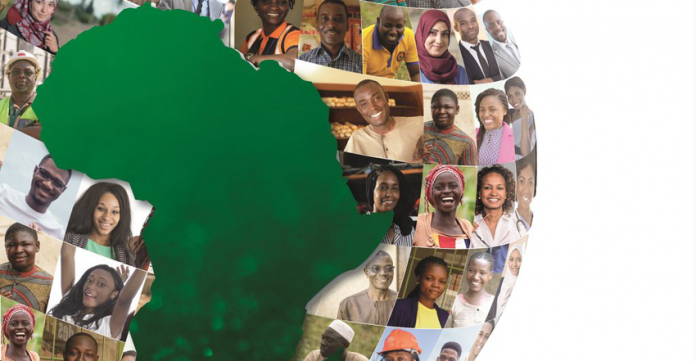 For the past five decades, the Bank has been at the forefront of driving Africa’s economic transformation, leveraging its diverse resources and unique know-how as an indigenous development finance institution.
The Bank has delivered on its goals of reducing poverty and fostering inclusive growth on the continent. We scaled up development support for our 54 regional member countries and recorded remarkable successes in recent years in our renewed push to help deliver life-changing impact to livelihoods.

Overall, the Bank’s investments have benefited millions of Africans through its 10-year strategy, which it began implementing from 2013. Here are highlights of the Bank’s achievements:

Landmark General Capital Increase: At an extraordinary shareholders’ meeting in October 2019 in Abidjan, Governors of the African Development Bank, representing shareholders from 80 countries, approved a landmark $115 billion increase in capital for the continent’s foremost financial institution.

The increase, which is the largest in the history of the Bank since its establishment in 1964, more than doubled its capital from $93 billion to $208 billion. This solidifies the Bank’s leadership in development financing for the continent.

Resource mobilization for Women-Owned Businesses at G7 summit: At the G7 summit of world leaders in Biarritz, France, in August 2019. The President of the Bank Group, Akinwumi Adesina, successfully launched a global campaign of the Affirmative Finance Action for Women in Africa (AFAWA) to mobilize $3 billion for women entrepreneurs in Africa, with strong support and resources from G7 leaders and nations.

During the summit, French President Emmanuel Macron announced France’s contribution of $135 million to the AFAWA initiative to encourage women’s access to funding in Africa. The amount represents more than half the financial support of $251 million promised by the G7 governments.

Also, the Bank co-hosted delegations from around the world for the first Global Gender Summit held in Africa, in Kigali, Rwanda. The gathering, attended by the presidents of Ethiopia – Sahle-Work Zewde, and Rwanda, Paul Kagame – moved the needle forward on gender equality and women’s empowerment in Africa and around the world. Several agreements were signed to facilitate project financing for women entrepreneurs in Africa.

2019 Africa Investment Forum (AIF): Following a highly successful inaugural event, the Bank secured more than $40 billion worth of investment interest in less than 72 hours at the second edition of the Africa Investment Forum held in Johannesburg, South Africa. The Forum, Africa’s largest marketplace for mobilizing capital, featured 56 boardroom deals valued at $67.6 billion – a 44% increase from the 2018 debut.

Transparent Institution: The Bank ranks 4th globally in transparency among 45 multilateral and bilateral institutions by Publish What You Fund, an outfit that consists of 19 developed economies. In addition, all the major rating agencies Moody’s, Standard & Poor’s, Fitch and the Japanese Credit Rating Agency have assigned it a triple-A rating. The outlook on all the ratings is stable and reflects the Bank’s strong membership support, healthy capital adequacy, preferred creditor status and stable financial condition.

Room2Run: In 2018, the Bank launched Room2Run, a pioneering $1 billion synthetic securitization of a portfolio of its private-sector loans. To serve as a model for other multilateral development banks, and investors as they seek new ways to release much-needed financing to catalyze private capital in developing markets.

COVID-19 Social Bond: In March 2020, the Bank raised an exceptional $3 billion in a three-year bond to help ease the economic and social impact of the Covid-19 pandemic on livelihoods and Africa’s economies. The Fight Covid-19 social bond garnered interest from central banks and official institutions, bank treasuries, and asset managers, including socially responsible investors, with bids exceeding $4.6 billion. It was the largest dollar-denominated social bond ever launched in international capital markets and the largest US dollar benchmark ever issued by the Bank. It will pay an interest rate of 0.75%.

LSE listing of Social Bond: The Bank celebrated another milestone with the listing of its Fight Covid-19 social bond on the London Stock Exchange on April 3. The bond is now available through its Sustainable Bond Market.

TAAT aims to raise food output in Africa by 100 million tons and lift 40 million people out of poverty by 2025 by harnessing high-impact, proven technologies to raise productivity, mitigate risks, and promote diversification and processing.