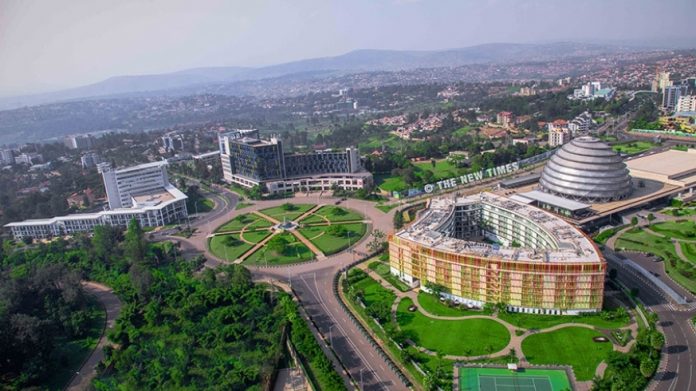 A new Pan-African Financial Hub will open its doors in Rwanda next month. The Rwandan government hopes its Kigali International Financial Centre will become a major destination for investors seeking opportunities across Africa.

According to the Rwandan Opposition MP Dr. Frank Habineza, the new Hub has the potential to turn Rwanda into what he calls “the Dubai of Africa”. The Centre will be launched in Kigali during the Commonwealth Heads of Government meeting in June. It will bring together banks, lawyers, accountants and regulators to create a one-stop shop for African and international investors.

Dr. Habineza, who is the leader of the opposition Democratic Green Party of Rwanda, says the Centre is designed to build on his country’s “ease of doing business” reputation: “We will be an international hub for investors just like Dubai. And the hub will provide lots of opportunities for them to take advantage of our special economic zones and tax incentives”.

Already the UK’s development finance institution the CDC Group has signed a partnership agreement to support the development and provide legal and regulatory expertise to ensure the Centre will be attractive to international players.

Mr.  O’Donohoe said he was confident that the Kigali Hub would deliver on its potential. The early indications are promising. Rwanda’s trade with the rest of the continent has increased by almost 50% in the last five years and now it’s seeking to position itself at the heart of the newly-formed African Continental Free Trade Agreement (AfCFTA). With its central geographical location in East Africa Rwanda is part of the East African Community Common Market, which has a potential market of more than 130 million people. An early adopter is likely to be Zimbabwe which has conducted a market research programme into goods and services that it can trade with Rwanda and East Africa.

According to Zimbabwe’s national trade development and promotional agency, ZimTrade, the survey will focus on processed foods, pharmaceuticals, clothing, construction, horticulture, leather products, agriculture and services, while other African countries and international investors are expected to follow suit once the Kigali International Finance Centre opens for business in June.

It will also provide an opportunity to look at Africa’s much-needed infrastructure shortfalls, and healthcare and educational services as the continent emerge out of the Covid19 pandemic. That also means how Africa can embrace the green and blue economy and boost renewable clean energy projects. As a former Chair of Rwanda’s Forum on Water, Sanitation and Environment Conservation opposition MP Dr. Habineza hopes that Rwanda will be cognizant of the importance of the green economy as it confronts the growing impact of climate change on the continent”

“Already we’ve seen deforestation in some areas as our infrastructure has grown”, he said, “Some people have been using our rivers as dumping sites and that has brought desertification and water pollution which poses risks to public health”.

His solution is for Rwanda to embrace the challenges of climate change and become a leading African green economy, promoting economic growth while introducing measures to conserve the country’s green spaces: “We need to think about tomorrow, not just today. Quick fixes won’t work. Rwandans have already shown the rest of Africa the importance of working together, we’ve united for peace. Now we’re on our way to becoming a middle-income economy but we mustn’t achieve that at the expense of our environment”

As Rwanda prepares to open its new International Financial Centre all these factors will look large in the strategies of international and African investors.