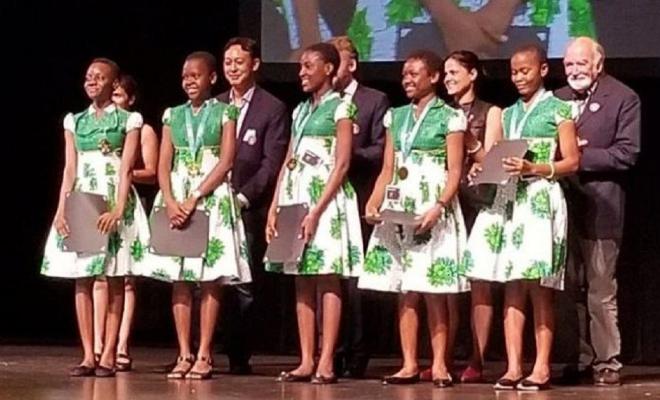 Governor Willie Obiano of Anambra State offered scholarships to the girls “for doing the state and the country proud at the world stage.” They also received monetary gifts of One Million Naira each.

The director of the school and the teenagers’ mentor, Reverend Father Vincent Ezeaka and Mrs. Uchenna Onwuamaegbu-Ugwu, who led them to the finals of the competition, got two million naira each.

The award was part of a reception held at the Governor’s Lodge, Amawbia to mark the 27th Anniversary of the State. Parents and teachers of the students, federal and state lawmakers, as well as state government functionaries, attended the event.

The six students had developed an application called the FD-Detector capable of detecting fake drugs in Nigeria. Their entry had dwarfed more than 2000 others to reach the global finals in Silicon Valley, San Francisco, United States, where they defeated other finalists like the U.S, China, Korea, Turkey, Spain, among others to clinch the gold medal.