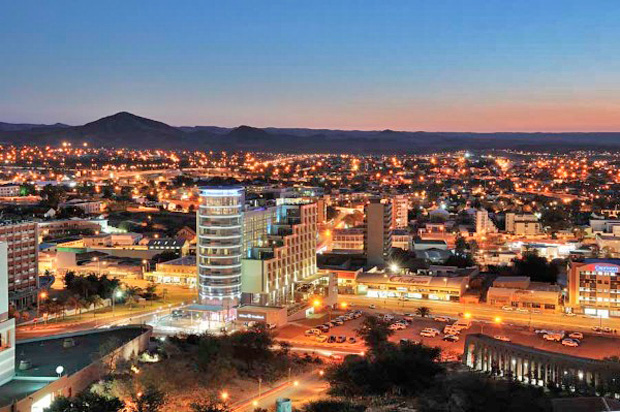 As a small African island nation, Mauritius is known for its economic success, democratic governance and political stability. Mauritius has been praised for its economic and developmental success. The World Economic Forum’s global competitiveness index ranked Mauritius 45 out of 137 countries in 2017-2018 and first in Sub-Saharan Africa. Mauritius also ranked first in the 2017 Mo Ibrahim Index of African Governance and was ranked 25th globally in the 2018 World Bank Doing Business Report. Mauritius is currently considered an upper middle-income country with a Gross National Income (GNI) per capita at US$ 9,227 (2013) and is ranked high in terms of competitiveness, investment climate and governance. Mauritius has solid economic fundamentals, high standards of governance and a business-friendly environment.

At the time of independence, Mauritius was a monocrop economy that was entirely dependent on the sugar sector. Industrialisation and economic diversification undertaken in the post-independence period led to a substantial growth of the economy. Mauritius also benefitted from preferential trade agreements from the European Union for its sugar and textile exports. However, the phasing out of preferential agreements under the regulations of the World Trade Organisation led to pressure on the sugar industry to increase efficiency as well as a need to restructure the economy. Among the strategies set up by the government to boost economic growth and development is the opening up of the real estate sector to foreign investors or ‘high net worth’ migrants. This was done in partnership with the private sector, namely in collaboration with the big landowners from the sugar sector.

Globalisation of real estate in Mauritius

Land that was previously under sugar cane cultivation was earmarked for real estate development under the new schemes geared towards attracting high net worth investor migrants into the country. The Immigration Act of Mauritius was amended in 2000 to allow a foreigner to be granted the status of a permanent resident if s/he invested a minimum of $500,000 (USD) in a set of identified business activities. The new policy led to the establishment of different categories of residential real estate schemes offering a range of incentives to investors, depending on the type of investment into the country. Real estate residential schemes set up include the Integrated Resorts Scheme (IRS) and the Real Estate Scheme (RES). Foreigners who have invested in these real estate schemes are given residence permits. The IRS and RES schemes were replaced by the Property Development Scheme (PDS) since June 2015.

The Integrated Resort Scheme (IRS) was introduced in 2002 with the promulgation of the Investment Promotion Regulations. The IRS aimed to boost foreign direct investment in the tourism sector and promoted the construction and sale of luxury residential units or villas with golf courses and hotels. Villa prices began at $500,000 (USD) and villas sold under this scheme formed part of international-standard building complexes offering high-class facilities and amenities such as golf courses, marinas and individual swimming pools, nautical and other sports facilities, health and beauty centres and high-quality restaurants. The acquisition of a villa under the IRS granted resident status to the investor, his/her spouse and dependents.

The Real Estate Scheme (RES), introduced in 2007, also provided for the sale of luxury residential property in Mauritius to foreign buyers. The difference with the IRS was that the RES allowed small landowners to become entrepreneurs and thereby involved the latter in the real estate business more significantly. RES projects enabled small landowners to turn into entrepreneurs and render the real estate sector more attractive to the latter. Non-citizens who wanted to develop a RES project needed to partner with a Mauritian landowner who owned a plot of land not exceeding 10 hectares. When the investment in immovable property exceeded $500,000 (USD), foreign investors and their dependents were granted a residence permit.

During the period 2011-2012, the main buyers of IRS properties were from France (35%), South Africa (28%), Great Britain (18%), Mauritius (9%), the Netherlands (3%), Belgium (3%) and Switzerland (4%). For the RES properties, from 2009 to 2012, the main buyers were from France (47%), South Africa (36%), Mauritius (10%), India (3%), Britain (4%). As of 2018, the figures are France (44%), South Africa (30%) and Britain (10%). The statistics highlight the fact that the majority of the buyers of luxury residential properties in Mauritius are European, followed by South Africans. Mauritius has been marketed as an investment-friendly country with an open economy and is known for its relatively low tax rates (a flat tax rate of 15%), beautiful beaches and political stability. Mauritius has been a popular destination for wealthy (mainly white) South Africans seeking a contingency plan with the current unease about high crime, corruption and instability in South Africa.

In the 2015/2016 Budget Speech, the Minister of Finance and Economic Development called for an in-depth analysis of the IRS and RES, in view of developing a new scheme that would favour inclusive development and eliminate gated communities that have been spreading in the country. He described the IRS as a “Rich-Man-Ghetto” concept that was divorced from the local realities and a threat to the social fabric of the country. The Minister of Finance had raised the need for foreign investment residential schemes to provide better social integration for resident foreigners as well as Mauritian citizens at the level of lifestyle, quality living, employment and leisure opportunities. The Investment Promotion Act was amended through the Finance (Miscellaneous Provisions) Act 2015 to provide for the introduction of a Smart City Scheme (SCS) and a Property Development Scheme (PDS). The SCS involves bigger land use development projects that would combine residential, commercial and leisure, including a combination of office, light industrial, hotel, retail, public entertainment and housing. Smart Cities need to have at least 25 per cent of the residential properties sold to Mauritian citizens or members of the Mauritian Diaspora registered with the Board of Investment under the Mauritian Diaspora Scheme.

The Property Development Scheme (PDS) is a residential investment scheme that has replaced the IRS and RES and allows the development of a mix of residences for sale to non-citizens, citizens and members of the Mauritian Diaspora. In this way, the PDS is expected to reflect the focus of the government towards enabling an integrated and inclusive development that does not favour gated communities. A non-citizen is eligible for a residence permit upon the purchase of a villa under the PDS scheme when he/she has invested more than USD 500,000 or its equivalent in any freely convertible foreign currency. Projects under the PDS are expected to include, in addition to a mix of residential units, amenities/facilities like medical centres, schools, kindergartens, homes for seniors, wellness centres, restaurants, small shops and leisure facilities that would attract the community at large within the development.

Undoubtedly, the foreign residential real estate schemes have brought considerable foreign direct investment into the country even if at the moment, the number of foreigners living in Mauritius is still relatively small. Yet, the over-reliance of the real estate sector as a source of FDI has become a source of concern as this nature of investment is not considered as ‘productive investment’ and is therefore not sustainable and contributes little towards economic growth. From 2012 to 2017, the real estate sector was the source of 51 per cent of foreign investment into the country. Foreign investor migrants are indeed the main beneficiaries of these projects as they are able to acquire prime residential property in Mauritius. Apart from enabling the promoters to obtain significant profit, little benefits from these projects effectively trickle down to the people. There is a concern that these development projects will not create quality jobs for the youth and rather create menial jobs that require a low level of education.

Research on the reactions of locals reveals a feeling of alienation and discontent, that “foreigners are taking over the island” (Wortmann et al., 2016: 151). There have been a number of incidents involving foreigners and locals especially in Tamarin, on the west coast of the island, where many white South Africans have purchased property. While these incidents are also embroiled in controversies as they involve local and foreign ‘whites’ competing for space in a club and on the beach on the west coast of the island, they nonetheless highlight the growing discontent at the local level on the increasing long-term presence of foreigners in the country. Furthermore, there have been a number of protests about the environmental consequences of the construction of these properties. The opening up of the real estate sector to foreign ownership has led to an increase in the price of land and residential property, revealing a ‘crowding out effect’ in the Mauritian real estate sector. Young Mauritians have expressed outrage at the ease with which, through the IRS, foreigners have been buying “large chunks of Mauritius”. Ashok Subron from the leftist group ‘Rezistance Ek Alternativ’ condemns government policy of allowing wealthy foreigners to buy land in Mauritius, which he describes as a new form of ‘colonial settlement’ that would lead to detrimental social, economic and political consequences on the country and the local population.

The beach has been a traditional space for leisure among Mauritians, especially for family gatherings. However, with the competing demand for beach space between hotels and real estate projects and a shrinking volume of beach space available to locals, there has been a growing number of complaints from Mauritians about the beaches being ‘sold’ to foreigners in IRS deals and of such projects blocking access to the beach for the Mauritian public. Members of civil society groups and trade unions have expressed discontent over these schemes stating that “as beaches are increasingly being sold to foreigners, Mauritians will end up feeling like strangers in their own country. At this rate, they will soon have to pay to go to the beach”. The IRS properties have been described as “residential enclaves”. The former President of the Republic of Mauritius, Cassam Uteem highlighted the fact that these elite residential zones were excluding Mauritians and creating greater segregation in society, notwithstanding the fact that foreigners were buying the best parts of the country through the IRS.

While it is acknowledged that the investor residential schemes have generated revenue for the country, there is also awareness of the fact that this source of revenue is not sustainable. Moreover, given the plural nature of Mauritian society and the need to preserve the existing harmony and peace, greater efforts need to be made to attenuate and prevent the growing sense of alienation being felt by the local population. This is related to the escalating cost of housing in the country and the ease with which foreigners are able to purchase property locally when Mauritian salaries are much lower. There is also the growing competition between locals and foreigners for space, especially for leisure and here the beach is most prized. This issue has to be handled carefully in order to avoid any further conflict and also to ensure the prevalence of harmony and belonging among the local population. Given the smallness of the country, a key concern is whether Mauritians will be alienated in their own country because they can no longer afford land?

One of the announcements by the Prime Minister in the 2018-2019 Budget Speech was the setting up of two new schemes aimed at attracting high net-worth individuals to Mauritius. The first scheme would allow foreigners to acquire Mauritian citizenship with a contribution $1 million (USD), with an additional contribution of $100,000 per person for additional members of the family such as spouse and dependents. The second scheme would allow foreigners to acquire a Mauritian passport with a contribution of $500,000 (USD) and $50,000 per passport for each dependent. This proposed measure sparked a public outcry and was also criticised by the civil society as well as the opposition. Since the public outcry, the government has stalled the reform.