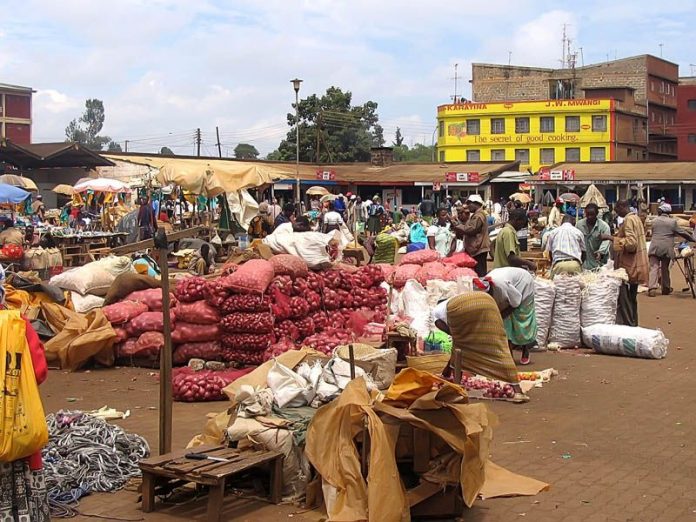 Granting farmers complete economic independence in the morning markets is extremely doable in underdeveloped nations. This will put the economy as a whole back on track.

Additionally, it will also stop illicit activity both within nations and along contentious boundaries.

As a result, the concept is novel. It is also quite straightforward. When viewed from the perspective of the many economic colours—such as the green, blue, white, and grey economies, they all present several issues. These are:

Meanwhile, the Morning Economy, on the other hand, is mostly associated with the Morning hours from “Dawn to Noon.”

It is quite evident that some underdeveloped countries are trying their best to get out of economic failure. They do this by placing more effort on strategies and long-term planning which when viewed differently, can be easier said than done.

On the other hand, it suffices to say that the problem is not at the upper level of strategies. It is the lack of practical plans and doable actions that stabilizes the lower level to achieve success. This is to receive long-term planning.

Look. Why not start with segments of the economy that could be fixed more easily to pave the way to comprehensive national reforms and continental strategies?

According to experts, to boost small local economies, a clever bundle of short-term strategies is needed. This can assist tiny local economies to get off to a strong start in the morning and then finish better than anticipated.

Either production or consumption are the economic activities that happen in the morning. They have combined “presumption” in various situations. Even though it frequently lies closer to one of the two sections.

The early economy, in my opinion, is an activity that deals with producing rather than consuming the goods and services that are planned to be traded and transferred during the morning hours. If authorities fail to organize that for producers, they will find another way and time to do things outside of the formal umbrella.

In addition, I describe morning economies as those that prioritize creating and formalizing producer transactions that happen in morning open marketplaces.

Following COVID 19, I started to focus on researching several issues partially or related to the concept of morning economy or zonal economy.

Border markets, producer markets, community markets, and regional free trade zones are all included in this.

After then, I discovered several problems with the idea of the “Morning Economy.”

It is important to allow the continent’s local and producer market development a chance.

This is due to the possibility that it is the most effective and useful strategy for boosting national economies. However, border markets have the potential to significantly increase intra-African trade. Additionally, it might benefit from free trade zones that are specifically focused on regional direct trade with neighbouring nations and have strong ties to producers and the items that cross borders to enter larger markets.

Taking a harder look at it, the efforts of modifying the policies of African countries to be integrated with AFCFTA and RECs should continue.

Nonetheless, it has been established that governments’ adoption of regional agreements is insufficiently effective. especially when it comes to incorporating the “Grey Economy” or informal economy into broader national strategies.

The greatest venue for the international participants in the free market to exhibit their ideas and make transactions is Morning Economy, which can do that gradually and flawlessly.

Although it might seem that the Morning Economy only applies to rural areas, this is untrue. The majority of home-produced goods and produce from backyard gardens are sold in local markets, even in urban regions, cities, and towns. Additionally, yard sales held early on holidays function similarly.

Such markets have a greater impact on shifting people’s attitudes and behaviours from consumption to production. The Morning Economy in metropolitan areas has the greatest potential to increase trust between producers and government.

I provided a generic definition of the morning economy; however, the classification of the activities encompassed by this definition may vary from one location to another. However, authorities must be highly accommodating to all associated activities.

Giving manufacturers and suppliers complete and intelligently planned economic independence in their respective markets will put the entire economy and the political situation on the path of progress. Additionally, it is the sole method for ending criminal and unlawful activity both inside and along borders.

The answers to the following four questions will guide you step-by-step to the logical foundation of the Morning Economy’s priority: Free Economy or Socialism? Why begin with commerce rather than industry or agriculture? formal economy or informal activities? Why not prioritize inclusive changes instead of markets?

Socialists support labourers and farmers. Though they advocate for improved policies for producers, in practice they prioritize consumers’ interests by insisting on basing the economy on subsidies. Socialism maximizes the influence of the top tier of government.

The producers are left behind as a result, and economic independence is crushed at the bottom level. The socialists failed to recognize that since producers and consumers are one and the same, aiding the former automatically benefits a larger portion of the latter, hence reducing poverty. Contrarily, beginning government interference by promoting consumption at the expense of output will harm producers, consumers, and the government as a whole.

These three economic sectors—trade, industry, and agriculture—need to perform better. Which one should come first, then? Or to put it another way, which industry could contribute to the two’s rapid improvement? The trade, I believe. Why? Here is the solution.

The advances in industry and agriculture that have already been made are trapped between the formal and informal sectors of the economy. Additionally, the producers are unable to attain greater success due to the barriers to the flow of industrial and agricultural products. We must support them so they can advance their industries.

It makes sense that finding new successes comes after existing ones are removed from the grey economy and integrated into the contemporary organized economy.

For instance, producers in the “agricultural processing” sector face significant challenges throughout the marketing phase since, occasionally, borders are blocked or given low priority by national laws. The money that would have enabled the producers to advance their industries is lost. Success in trading at early markets will inevitably result in success in the “packing and storing” phases of basic processing. Without the involvement of the government, this may occur due to the strength of the market’s competition.

After reaching the point of the priority of trade policies that support the producers and lead the direction to better levels in agriculture and industry, there is a big question on formal and informal trade?

Here is the problem, in the government strategies and intervention, instead of adopting flexible short-term policies that build the trust between authorities and local communities, the government raids, threatens, or closes some markets to enforce the law.

Consequently, these actions push – falsely classified – informal activities to be part of smuggling and trafficking. Then the illegal activities will create a suitable environment for rebel groups, armed movements, trafficking in persons’ gangs, and lately the unwelcomed guest “terrorism”. What a bad recipe for law enforcement!

As a result, imposing the formal economy causes the government to collapse, turning farmers and producers into thugs and criminals. Therefore, there is no option to improve developing and underdeveloped economies other than by respecting and cooperating with the informal economy through a careful and methodical process of formalization and development.

The development of informal trade is now a top priority, but what is the best and most efficient way to do that?

The question of whether it is preferable to launch a strategic plan for production being informal or informal in all sectors or to concentrate on the zones with the highest concentration of informal trade activities and to work side by side with the stakeholders in an environment of trust and fair policies is still valid, even though Morning Economy deals with economic activities that require general policies.

Dealing with zones is a realistic solution since it takes into account the constrained authority of governments and local authorities. The aforementioned zones include existing community markets, producer markets, and border markets that may have even been forced to close by government action.

Morning hours make it simple to connect with producers and border markets. Producers sometimes pick a specific day of the week or season since they are unable to visit frequently. They arrive early since they would rather spend a few hours and use the rest of the day for their crucial production process. People need to travel to border regions in the morning and then return during the day.

The third group, the contemporary free trade zone, is less affected by the time of day. However, because of their close ties to suppliers and manufacturers, regional free trade zones are – in some ways – a part of the morning economy.