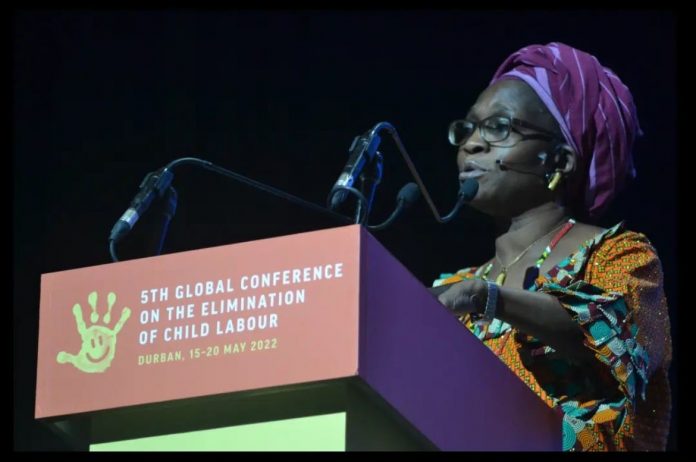 In what seems like a united effort, the topic of the implementation of stringent and secure social security policies has become an important point during the 5th Global Conference on Child Labour.

Speaking of the disparities in Africa, Kwazi Mshengu, MEC of Education of Kwa-Zulu Natal province of South Africa, stated, “The legal system was designed to make sure the African remained a sub-human, in a sense. As long as there are disparities in income and asset ownership, we will continue to have child labour.”

According to the ILO-UNICEF report, child labour is more common in rural than in urban areas in almost all regions. Sub-Saharan Africa has the highest share of young children in child labour, while Latin America and the Caribbean have the largest share of older children.

Together with the ILO, the AU has launched the African Union Ten Year Action Plan on Eradication of Child Labour, Forced Labour, Human Trafficking and Modern Slavery in Africa (2020-2030). Their goal is to eliminate child labour, forced labour, and human trafficking by 2030 through small substantial steps.

There has been a lot of focus and attention on the girl child during the conference. Speakers have urged increased efforts to support females.

“Because of COVID-19, many parents have become unemployed, and children remain out of school, even after re-openings. Children, especially girls, are at risk of losing two years of learning.” Said Amongi Betty Ongom, Minister for Gender, Labour and Social Development of Uganda.

The ILO-UNICEF report calls for special attention to address the heightened risk of child labour during a global crisis such as the pandemic, conflicts and disasters. Governments will need to adopt sound policies and implement creative changes, expand their financial resources and extend debt relief on the continent.

The conference will end on Friday by adopting a Durban Call to Action programme.