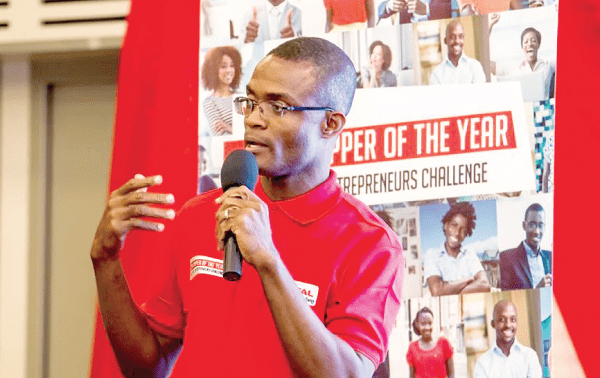 Total Petroleum has launched the second edition of its ‘Startupper of the Year Challenge’ to support business creation and development.

The competition is designed to support and reward young entrepreneurs 35 years and below, who have a project or have formed a company in the past two years.

The three winners from the competion will receive financial support of up to GH¢180,000, extensive publicity and one-year coaching from mentors.

The ultimate winner will also have the opportunity to compete at the regional level.

At the launch of the competition, the Project Manager, Mr Bright Dokosi, said the application for the challenge was scheduled for between October 9 and November 13, after which the selection process would begin.

The Managing Director of Total-Ghana, Mr Eric Fanchini, said the first edition which was launched in 2015 received more than 6,000 applications.

“This year, in addition to the three ultimate winners, we are going to select the top female entrepreneur,” he stated.

He said this was geared towards giving women the extra push which was aligned with the company’s initiatives for women.

“We are of the firm conviction that this challenge will be a rewarding adventure for society, as it seeks to build young talents who are going to contribute to the Ghanaian economy,” he stated.

He said the challenge and other programmes of the company such as the Young Dealer Scheme and the Total Young Graduate Programme, formed part of the company’s plans to help address the current unemployment problems in the country.

The Minister for Employment and Labour Relations, Mr Ignatius Baffour Awuah, lauded Total Petroleum for the initiative, saying it was timely due to the huge unemployment rate in the country.

He said the initiative couldn’t have come at any better time when unemployment was at its highest level in recent times.

Mr Baffour Awuah said the challenge fell in line with government’s objective of reducing the unemployment rate in the country through the creation of jobs for the youth.

He said entrepreneurs were national assets to be cultivated, motivated and remunerated because they could change the dynamics of the country’s economy.

He, therefore, urged young people with business ideas or started businesses in any field to take advantage of the initiative.