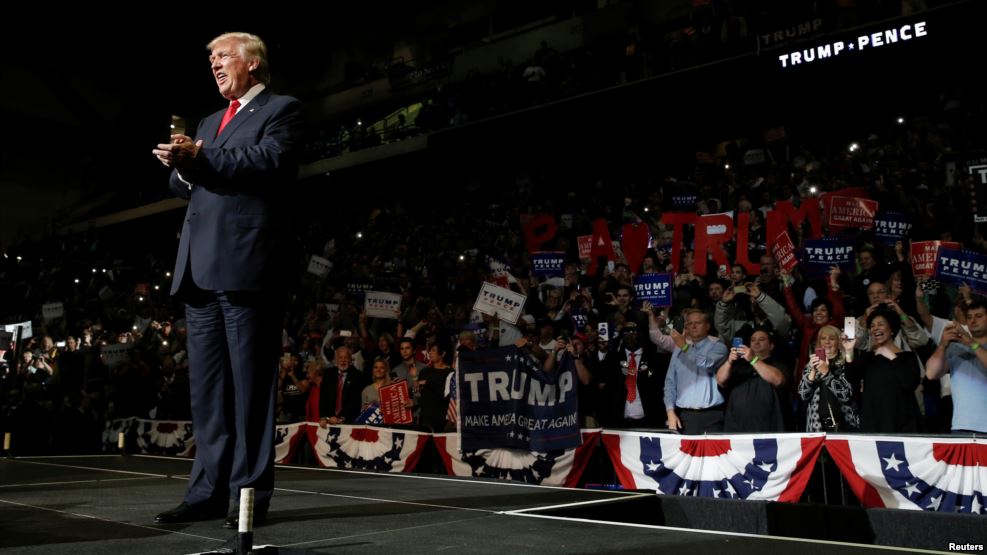 Republican presidential nominee Donald Trump said Tuesday he is probably better off without the support of “weak and ineffective” people within his party, including House Speaker Paul Ryan.

He said in an interview on Fox News that Ryan and other members of Congress were “being nasty” to him and not supporting his candidacy.

The comments come days after the emergence of a 2005 videotape in which he made crude comments about women, and subsequent statements from a number of Republican lawmakers saying they do not back Trump.

“It is so nice that the shackles have been taken off me and I can now fight for America the way I want to,” Trump posted Tuesday on Twitter.

When Fox News host Bill O’Reilly suggested that if elected, Trump would need Ryan and Senator John McCain — who also unendorsed Trump — the Republican nominee insisted, “They’ll be there.”

Trump, who has lost ground in polls this month, repeated Tuesday his defense that the videotaped comments were “locker room talk,” and added that many women have told him they have heard much worse.

“If that’s what it is going to take to lose an election, that will be pretty sad,” he told O’Reilly.

Trump apologized for his 2005 words during Sunday’s debate with Democratic candidate Hillary Clinton, saying he is embarrassed and hates what he said.

But he viciously attacked Clinton during the debate, saying she had threatened several women who accused her husband, former President Bill Clinton, of raping and sexually abusing them.

Trump gave three of Bill Clinton’s alleged victims front-row seats at the debate and pointed them out to the audience several times.

Hillary Clinton ignored the sexual assault issue Tuesday during an appearance in Miami in favor of what she called a global crisis: climate change. She called global warming a real and urgent problem and said the U.S. could take the lead in addressing it. Clinton said she fully backed the Paris Agreement on climate change, while Trump wants to scrap it. She reminded the crowd that Trump has called global warming a Chinese-created hoax.

On Tuesday, Clinton appeared with former U.S. Vice President Al Gore, founder of the Climate Reality Project, a nonprofit group focused on addressing climate change. Gore said the nation needs a leader who is passionate about the environment instead of a denier who would take the globe to “climate catastrophe.” He pointed to Hurricane Matthew as an example of the stronger and deadlier storms that develop because of warmer seas.

Gore barely lost the White House in the extremely close and controversial 2000 election that needed to be settled by the Supreme Court because of flawed Florida ballots.

Although he was joking when he said he had firsthand experience of how every vote counts, he was quite serious in urging anyone who has not yet registered for the November 8 election to do so now. He said staying home was not an option because the stakes could not be higher.