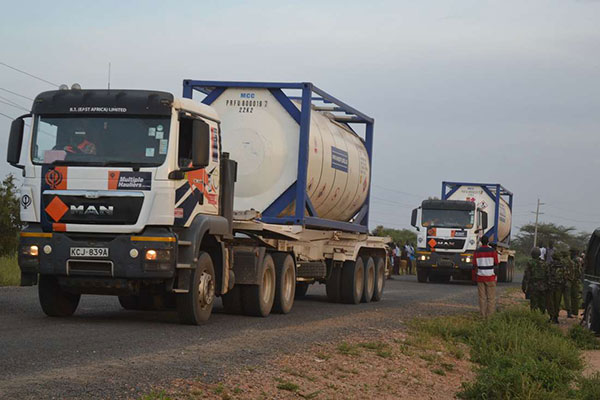 British firm Tullow Oil last week resumed transportation of crude oil by road from the Turkana oilfields to Mombasa after reaching a truce with the local community, which had disrupted the Early Oil Pilot Scheme over unresolved resource-sharing concerns.

Transportation of crude oil was stopped in June due to security concerns after protesters blocked roads and disrupted operations in the South Lokichar oilfields.

“Incremental transport will follow, targeting 2,000 barrels a day in the months to come,” he said.

The resumption of operations came after meetings at Kalemgorok, Lokichar and Nakukulas trading centres during which representatives of from the Petroleum Ministry, Tullow and Turkana County urged residents to allow the EOPS to continue as their grievances were being addressed.

These issues include local content in procurement of goods and services by Tullow, benefits accruing to the community when Kenya starts crude production, and a dispute resolution mechanism.