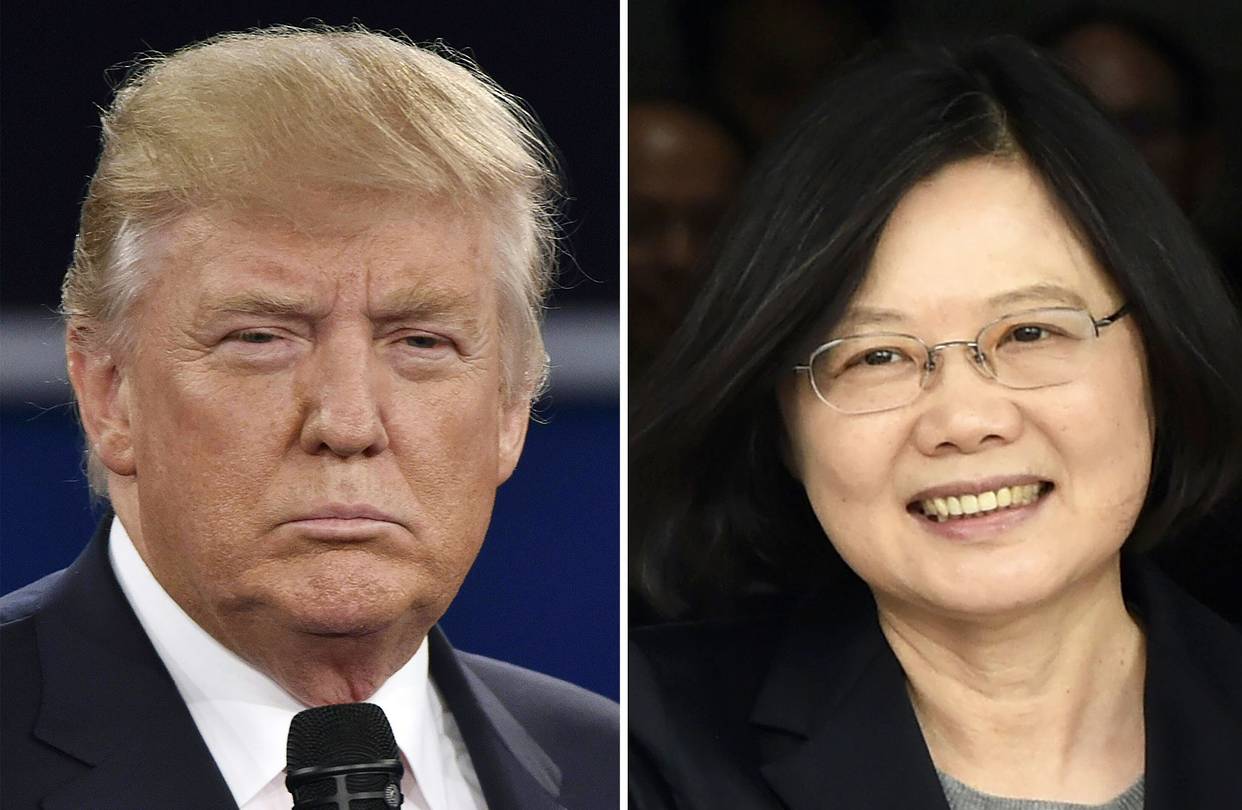 By Roberta Rampton and Ben Blanchard

The White House said on Monday it had sought to reassure China after President-elect Donald Trump’s phone call with Taiwan’s leader last week, which the Obama administration warned could undermine progress in relations with Beijing.

The statement from a spokesman for U.S. President Barack Obama highlighted concerns about the potential fallout from Trump’s unusual call with Taiwan President Tsai Ing-wen on Friday, which prompted a diplomatic protest from Beijing on Saturday.

White House spokesman Josh Earnest said senior National Security Council officials spoke twice with Chinese officials over the weekend to reassure them of Washington’s commitment to the “One China” policy and to “reiterate and clarify the continued commitment of the United States to our longstanding China policy.”

The policy has been in place for 40 years and is focused on promoting and preserving peace and stability in the strait separating China and Taiwan, which is in U.S. interests, Earnest said.

“If the president-elect’s team has a different aim, I’ll leave it to them to describe,” he said.

“The Chinese government in Beijing placed an enormous priority on this situation, and it’s a sensitive matter. Some of the progress that we have made in our relationship with China could be undermined by this issue flaring up,” he said.

The call with Taipei was the first by a U.S. president-elect or president with a Taiwan leader since President Jimmy Carter switched diplomatic recognition to China from Taiwan in 1979, acknowledging Taiwan as part of “one China.” China regards Taiwan as a renegade province.

Despite tensions over matters ranging from trade to China’s pursuit of territorial claims in the South China Sea, the Obama administration has highlighted cooperation on global issues, such as climate change and Iran’s and North Korea’s nuclear programs.

Earlier on Monday, China’s Foreign Ministry said Trump was clear about China’s position on the Taiwan issue and that China had maintained contacts with his team.

Vice President-elect Mike Pence sought to play down the telephone conversation, saying on Sunday it was a “courtesy” call, not intended to show a shift in U.S. policy on China.

Senate Foreign Relations Committee Chairman Bob Corker, who has been mentioned as a possible secretary of state in the Trump administration, said on Monday he thought reaction to the Taiwan call was being overblown.

U.S. President-elect Donald Trump looks towards the media as he arrives at a costume party at the home of hedge fund billionaire and campaign donor Robert Mercer in Head of the Harbor, New York, U.S., December 3, 2016. REUTERS/Mark Kauzlarich

“He got a call, he took it, and again, he’s getting calls from everyone, so I think probably a lot more is being read into it than is the case, really,” Corker said.

Chinese Foreign Ministry spokesman Lu Kang would not say directly whom China had lodged “stern representations” with about Trump’s call, repeating a weekend statement it had gone to the “relevant side” in the United States.

“The whole world knows about the Chinese government’s position on the Taiwan issue. I think President-elect Trump and his team are also clear,” Lu told a daily news briefing.

“In fact, China has maintained contacts and communication with the team of President-elect Trump,” he added, repeating a previous assertion, although he did not give details.

Lu also said he would not speculate on what prompted the call, but described the matter of Taiwan as the most important and sensitive question between China and the United States.

Former U.S. Secretary of State Henry Kissinger, who was White House national security adviser when President Richard Nixon made his historic visit to China in 1972, told a forum in New York on U.S.-China relations that he had been “very impressed at the calm reaction of the Chinese leadership” to Trump’s call.

Kissinger, who met with Trump last month, said it suggested Beijing may be looking to develop a “calm dialogue” with the new U.S. administration.

Trump, who vowed during his campaign to label China a currency manipulator, issued more tough rhetoric on Sunday.

“Did China ask us if it was OK to devalue their currency (making it hard for our companies to compete), heavily tax our products going into their country (the U.S. doesn’t tax them) or to build a massive military complex in the middle of the South China Sea? I don’t think so!” Trump said on Twitter.

China is not currently viewed as a currency manipulator by either the Treasury Department or the International Monetary Fund. The World Trade Organization says Chinese tariffs on imported goods are generally higher than U.S. tariffs.

China, Taiwan, the Philippines, Vietnam, Malaysia and Brunei claim parts or all of the energy-rich South China Sea, through which trillions of dollars in trade passes annually.

Lu would not be drawn on directly commenting on Trump’s tweets but defended the China-U.S. relationship.

“The China-U.S. economic and trade relationship has over many years always been a highly mutually beneficial one, otherwise it couldn’t have developed the way it has today,” he said.

The diplomatic contretemps was one of several recently for the Republican president-elect, a real estate magnate who has never held public office and has no foreign affairs or military experience.

Trump, who takes office on Jan. 20, is still considering his choice for secretary of state.

The Global Times, an influential tabloid published by the ruling Communist Party’s official People’s Daily, said in an editorial on Tuesday that China would have to meet Trump’s “reckless remarks” head-on.

“Trump’s China-bashing tweet is just a cover for his real intent, which is to treat China as a fat lamb and cut a piece of meat off it,” the paper said.