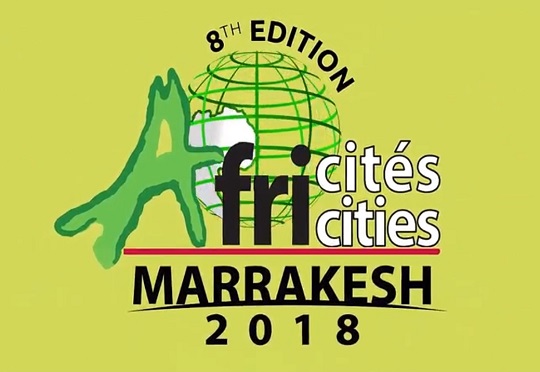 United Cities and Local Governments of Africa in collaboration with UN Habitat, UNODC and UNESCO will host the inaugural Youth Forum at the 8th Africities Summit which will take place from November 20-24, 2018 in Marrakesh, Morocco, under the theme: “The transition towards sustainable cities and territories:

The 2018 Africities Summit is organized by UCLG Africa under the High Patronage of His Majesty King Mohammed the VI, in collaboration with the Moroccan Association of Presidents of Municipal Councils (AMPCC), the Association of the Regions of Morocco and the City of Marrakesh, and with the support of the Kingdom of Morocco.

Around 5,000 participants are expected at the event, representing all the stakeholders of African local life as well as their partners from other regions of the world, including: African Ministers for Public Service, Urban Development and Housing, Decentralization and Local governments; African leaders of subnational and local governments; Representatives senior staff of national and local and subnational governments administrations; Representatives of the Business Sector; Civil Society Organisations; African Traditional and Moral Authorities; Researchers and Academia; Development Partners and International Cooperation Agencies, among others.

In recognition nearly 70% of Africa’s population is currently under 35 years UCLG Africa have made youth a primary focus for the development of Local Africa. To ensure that the voice of youth is heard, UCLG Africa has joined forces with UN Habitat, UNODC and UNESCO to organize youth development and leadership programs.

Therefore in order to celebrate its 20 anniversary, the Africities Summit has endeavored to set up and inaugurate the Youth Forum during this 2018 edition, in order to engage young people from across the continent and the diaspora to connect, share views and showcase innovative solutions that will create the Africa We Want.

The Youth Forum includes a competition that is opened to young Africans aiming at harvesting as many new ideas as possible to accelerate the transition towards sustainable cities and territories in Africa, targeting Agenda 2030 of the United Nations and the Agenda 2063 of the African Union for the realization of “The Africa We Want”, and of the High Five priorities proposed by the African Development Bank to accelerate its implementation.

The competition will select 20 young Africans that will be invited to participate in Ideation workshops and a Creativity Lab consisting of a Cartoon Camp Challenge and a Virtual Reality Contest, around the topic of “Imagine a sustainable future for Africa and its cities and territories, in 2030 and 2063”.

With the support of partners, UN Habitat, UNODC and UNESCO young people will also be invited from across the continent and the diaspora to participate in workshops, discussion forums and side events that explore five areas that include economic and social empowerment, education and capacity building, good governance, integrity and anti-corruption, entrepreneurship, employment and job creation, urban crime prevention and safer cities that addresses the health and wellbeing of youth populations in cities and urban spaces.

At the end of the Summit we will have a youth development strategy and a set of project proposals that attempts to address and meet the needs of young people that has been identified for them by them.