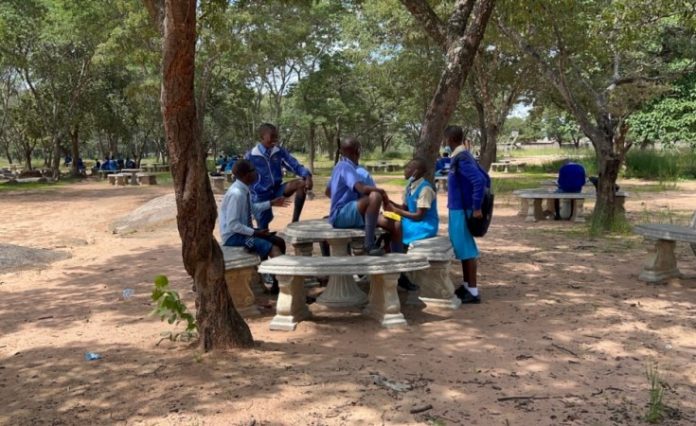 Schools in Uganda are set to start teaching peace education at all levels right from primary, secondary and university, either as a subject or a detailed topic in one of the current subjects.

Speaking on Thursday at Hotel Africana in Kampala, Duncan Mugume, a national expert on the peace education project from the International Conference of the Great Lakes Region (ICGLR), said negotiations have kicked off with the Ugandan government to implement the idea.

“We have started discussions with the National Curriculum Development Centre on how this can be done.”

A peace education handbook was launched under the project funded by the GIZ, Germany Embassy and the European Union.

Mugume said the negotiations with NCDC will see how the material in the handbook can be used in the curriculum and classrooms for learners about peace education.

He explained that the project focuses on peace education in the Great Lakes Region with four countries, Uganda inclusive, in piloting it.

According to Mugume, whereas peace education is currently being taught in schools in Uganda, it is not done extensively.

“Peace education is taught in schools but small thematic areas in Christian Religious Education and history but has never been given a strong foundation on which a learner can grasp and implement peace-related issues other than a few things they do in the subject areas. This is aimed at bringing peace education at curriculum level of learners and especially in schools.”

According to Amb. Julius Joshua Kivuna, the head of the regional peace and security department at the Ministry of Foreign Affairs, welcomed the idea that he said would ensure the idea of peace is taught among Ugandans right from a tender age.

“The Great Lakes Region really needs peace because it is the most endowed region in the entire region. We have many resources and people, but one of the major challenges is lack of peace,” Kivuna said.

He cited the turmoil in Uganda until the NRA took power in 1986 and the armed conflict in Northern Uganda, the Karamoja region; the 1994 genocide in Rwanda, the conflicts in South Sudan and the instability in the Eastern part of DRC.

“We are a region that would be very far if peace had continuously. Our army is now in DRC. What they are doing is looking for those against peace, which remains a challenge. The peace education project is welcome to Uganda. We pray that there are local examples of conflict resolution and peacebuilding.”

George Mutekanga, the Assistant Commissioner for private schools in the Ministry of Education, said peace education would greatly help teach learners the skills of ensuring peacebuilding rather than the use of violence to solve issues.

“Of late, in many communities, differences are solved by fights. When learners get problems, they solve them through strikes and the burning of schools in schools. When a student misunderstands the teacher or administration, they just torch the school. This initiative will greatly help impart conflict resolution skills into learners right from lower levels of education, “Mutekanga noted.

He also suggested the formation of peace clubs in schools to further teach learners about peacebuilding. Still, He noted that cultural institutions and faith-based organisations also have a key role in ensuring peacebuilding among communities.