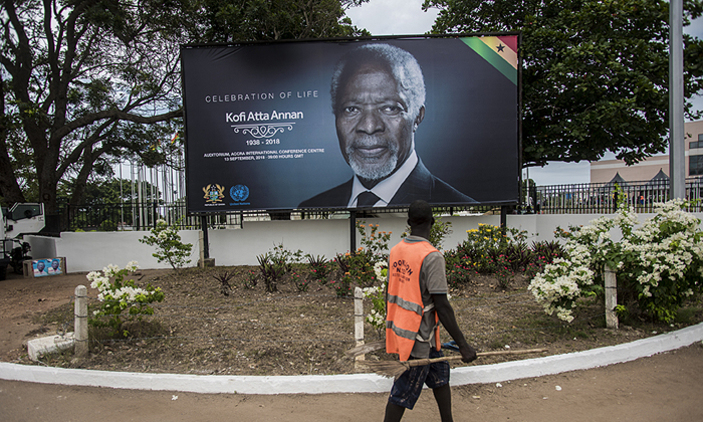 Ugandan lawmakers will Wednesday afternoon pay tribute to former UN secretary general Kofi Annan, who passed away last month at the age of 80.

Annan, who was a Nobel peace laureate and the world body’s first leader from sub-Saharan Africa, died on August 18 after a brief illness.

The Speaker of Uganda’s Parliament, Rebecca Kadaga, told MPs that the motion paying tribute to the fallen Ghanaian diplomat will be extracted and copies sent to the government of Ghana through its Kampala embassy and the United Nations – an organisation Kofi Annan served for decades.

“I don’t know when we [Africa] shall again get another UN secretary general,” Kadaga said.

Born in Kumasi Ghana on April 8, 1938, Annan rose through the ranks of the UN, serving as the seventh UN Secretary General from January 1997 to December 2006.

In 2001, he and the UN were co-recipients of the Nobel Peace Prize.

In his retirement, despite being at the forefront of diffusing volatile situations in Africa as a member of the Elders Club, his detractors have always blamed him for simply fiddling his fingers as the 1994 genocide in Rwanda raged.

However, his other foray as an arbiter between warring factions in Kenya in the wake of the 2007 presidential polls helped pour olive oil on troubled waters in the East African country.

His intervention resulted into a power-sharing agreement between then-President Mwai Kibaki and opposition leader Raila Odinga.

Annan will be buried Thrusday at a military cemetery in Accra, Ghana following a three-day national mourning.