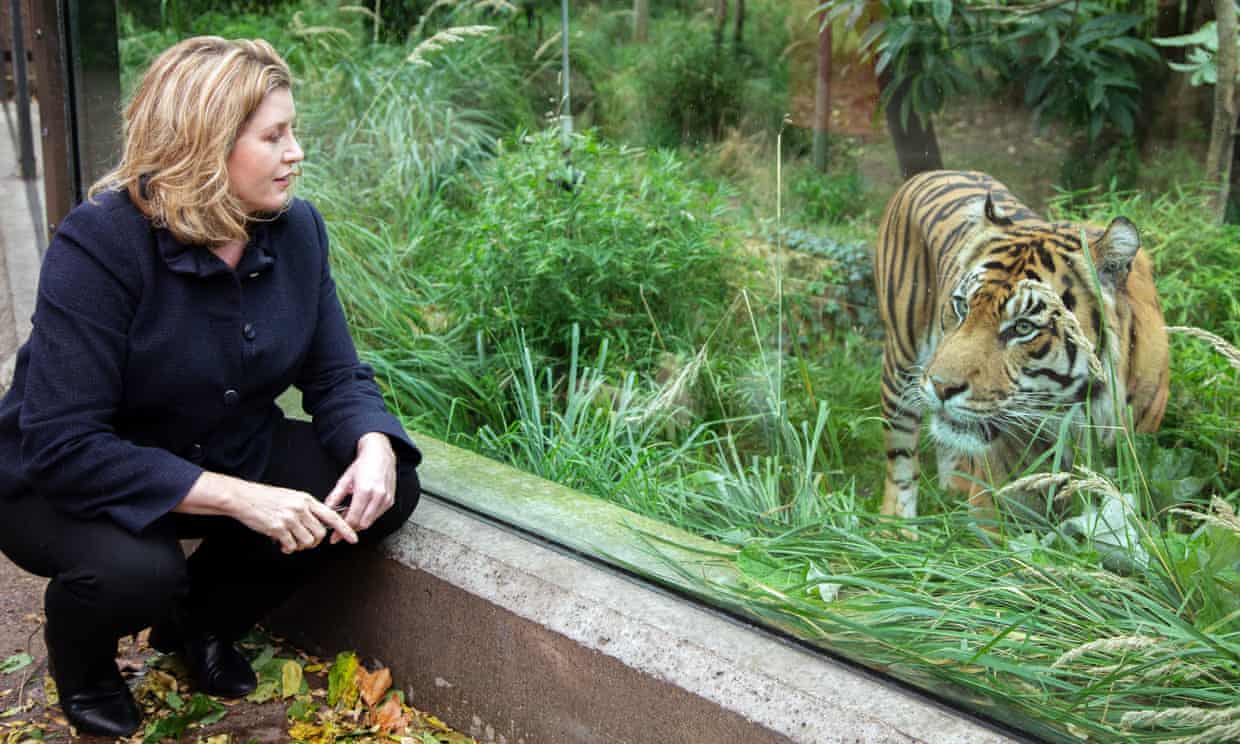 Only about 30 tigers are left in Indonesia as their forest habitats disappear, while in Liberia the illegal wildlife trade and loss of habitat threatens the survival of the chimpanzee.

During a visit to ZSL London Zoo, Penny Mordaunt pledged to contribute £2.1m to tackle the underlying causes of the illegal wildlife trade and protect critically endangered species.

“Nobody wants to see extraordinary species become extinct, or the communities living near their habitats struggle for jobs and livelihoods, which is why UK aid has a unique role to play in tackling the underlying causes driving these problems – namely poverty and rapid, unmanaged deforestation,” she said.

“It’s only by working together with local communities that we will preserve endangered wildlife like the Sumatran tiger, and protect them for future generations.”

UK aid to the Partnerships for Forests programme is designed to help create sustainable jobs and livelihoods for local communities in parts of Africa and south-east Asia, the government says. The plan is to provide them with a financial alternative to hunting wildlife and clearing the forests which are essential for the long-term survival of many species.

Tanya Steele, the chief executive of the conservation group WWF, said: “We don’t have to choose between helping people and saving our wildlife. Projects like this show UK aid can be used to help the world’s poorest people and save some of our most threatened species, like the Sumatran tiger and Sumatran elephant.”

Mordaunt made the announcement in advance of the illegal wildlife trade conference in London next month.

Steele said the only way the illegal wildlife trade would be stopped was if local communities were part of the solution.

In Liberia, the Department for International Development (DfID) is supporting a public-private partnership to preserve chimpanzee habitats, and in Indonesia the project is working to protect tigers. The scheme would help to create about 16,000 jobs and improve the livelihoods of 50,000 people, DfID said.

The UK government is also investing in the development of a sustainable rubber and cocoa industry.

Dominic Jermey, the director general of the Zoological Society London, welcomed the focus on endangered wildlife. He said: “ZSL works closely with local communities. We help to empower them in managing their natural resources and we ensure they have a voice in decision-making to support their economic resilience.”